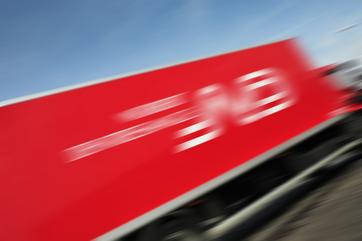 XPO Logistics has said it is “confident” its practices are in full compliance with EU transport regulations and national employment law, after reports suggesting that six of its managers are facing legal action over alleged labour-related infractions.

The French public prosecution service is demanding three-year suspended sentences and fines totalling €45,000 ($50,000) be handed to the six in relation to the firm’s subcontracting practices, according to business intelligence provider, Lloyd’s Loading List.

The six – all former managers at Norbert Dentressangle, which XPO took over last year – are accused of making unlawful labour loans and being involved in illegal subcontracting. The allegations go back to initial investigations made in 2012 by French authorities at four of Norbert Dentressangle’s premises in the east and south-east of France.

At that time, Norbert Dentressangle was said to have failed to declare some workers and was accused of breaking French labour legislation, because a number of drivers were allegedly only paid €1.44 net per hour for a 56-hour week when the minimum legal rate for a French driver was around €10 net per hour for a maximum working week of 48 hours. The drivers were hired at a time of redundancies for French drivers, according to a spokesperson for the French CFTC trade union.

The latest hearing took place at the Valence Court of Appeal in France last week, according to Lloyd’s Loading List. It was brought against the six managers following a complaint by the transport branch of the CFTC.

XPO disputes the claims against it, however. Clemence Choutet, XPO’s head of corporate affairs for Europe, told Automotive Logistics the legal question related to the subcontracting conditions of its international transport activities when outsourced by its French transport agencies to sister companies in Poland, Romania and Portugal. “Specifically, it seeks to confirm the autonomy enjoyed by our Polish, Romanian and Portuguese subsidiaries as subcontractors for other agencies within the group (Norbert Dentressangle at the time), and the hierarchical relationship with their drivers,” he said.

The authorities claim Norbert Dentressangle hired drivers on lower wages from Poland, Portugal and Romania and brought them to France to work at its depots. About 1,500 drivers were hired between 2005 and 2012, suggested a report in French newspaper Le Figaro.

Choutet pointed out, however, that the latest hearing followed one held at the Valence Court of Appeal in March last year, at which point the court decided to issue a ruling on the regularity of the proceedings in the preliminary inquiry stage, before any in-depth examination of the case file. Following that inquiry, the court considered the evidence given by XPO and found it to be “significant and worthy of immediate examination”, he said.

“On May 5th 2015, the court decreed that the proceedings followed were not proper and compliant, and most items resulting from the preliminary investigation were consequently dismissed,” said Choutet. “The public prosecutor then filed a request for immediate consideration of appeal against this decision, but this claim was eventually dismissed.”

“We were pleased with the way our case was presented to the court, and we remain confident that our practices are in full compliance with EU transport regulations and national employment law,” said Choutet. “We believe that we succeeded in establishing that the applicable legal framework in this matter is the EU international transport regulations, and that we follow those regulations appropriately.”

The court is expected to issue its ruling on May 26.