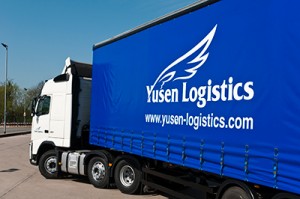 The new business represents a further step in the development of the relationship between GM and Yusen Logistics in Russia, according to the company, with Yusen now providing delivery solutions for service parts for the Opel, Chevrolet and Cadillac brands.

The contract involves a wide range of parts being moved into Russia and the service involves four main supply chain services.

The contract builds on Yusen Logistics Russia’s existing business with GM, which started in 2011 with warehousing operations at St Petersburg for GM Auto. Last year saw the addition of ex-works transport services from Thailand to Moscow via Saint-Petersburg for General Motors CIS.

“We are delighted about the award of this business by GM,” said Dennis Pastukhov, commercial director, Yusen Logistics Russia. “This builds on the relationship between our two companies that has been developing since 2011.”

This latest announcement follows news that Yusen has opened an office at Togliatti, home to the massive AvtoVaz plant, offering road and air-freight services to and from plant, including final mile solutions, inland port bonded and non-bonded transit operations, and cross-docking and distribution services.