A mix of caution and commitment: carmakers react to UK Brexit result 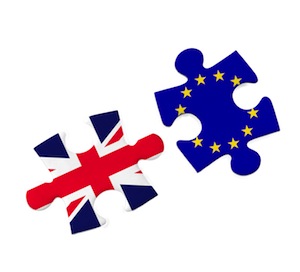 [Updated 16:40 GMT] The UK voted to withdraw from the European Union on Thursday (June 23rd) following a referendum result in which 52% of those that voted supported the Brexit campaign. The result is bound to have long-term consequences for the car sector.

What those consequences are is hard to gauge at this early stage, although import and export tariffs are likely to be affected. There will now be some close monitoring of the situation before any detailed plans are revealed. What does seem clear however, from early reactions, is that the majority remain committed to manufacturing in the UK.

The car industry had shown strong support for remaining in the EU, with 77% of SMMT car association members supporting EU membership following the announcement of the referendum.

Senior executives from BMW and Toyota were joined by a number of tier one suppliers in arguing for how important it was for the automotive industry that the UK remain in the EU. In recent weeks, more had added their support to the 'remain' camp, including Jaguar Land Rover, Nissan, Ford and Vauxhall.

The automotive industry reactionAfter the news broke on June 24th, Mike Hawes, SMMT chief executive said, “The British public has chosen a new future out of Europe. The government must now maintain economic stability and secure a deal with the EU which safeguards UK automotive interests. This includes securing tariff-free access to European and other global markets, ensuring we can recruit talent from the EU and the rest of the world and making the UK the most competitive place in Europe for automotive investment.”

The major Japanese carmakers in the UK, who prior to the referendum had cautioned that a vote to leave could add 10% in duties on cars made in the UK that are exported to the EU, have been guarded in their reactions.

Nissan would not offer any comment while it waited for the dust to settle and Toyota said it was too early to discuss the matter in detail.

“Going forward we will closely monitor and analyse the impact on our business operations in the UK, and how we can maintain competitiveness and secure sustainable growth together with the UK automotive industry and other stakeholders,” a spokesperson for Toyota Motor Europe told Automotive Logistics.

Honda UK said it respected the decision of the British people and that the carmaker remained committed to its business in Europe. However a spokesperson added, “At this moment, it is not clear what conditions and rules will ultimately replace the UK’s membership of the EU. We will therefore carefully monitor developments. We continue to prepare for the production launch of the tenth generation Civic from our Swindon plant.”

Jaguar Land Rover was even more confident in its attitude to manufacturing in and exporting from the UK to Europe.

“For Jaguar Land Rover, today is just business as usual,” said the carmaker in a statement. “We are a British business with a strong manufacturing base in this country, we call Britain home and we remain committed to all our manufacturing sites and investment decisions.”

Like Honda, JLR said it respected the decision of the British people and in common with all other businesses, would analyse the issues arising from the Brexit vote, reiterating that nothing had changed for its business or the rest of the British automotive industry.

“Europe is a key strategic market for our business, comprising 20% of global sales, and we remain absolutely committed to our customers in the EU,” said the company.

JLR did acknowledge there would be a significant negotiating period and said it needed to understand more about that process as details emerged.

“We will work hard with all parties to ensure that the importance of the British automotive industry is fully understood at every level of the negotiation process,” said the company.

Ford, meanwhile, said its priority has always been to maintain a stable trading environment so it could continue to build a strong and sustainably profitable business in the UK and Europe, and secure jobs.

“We will continue working towards this goal with key stakeholders in the UK and across the other Member States and EU institutions to ensure they understand our concerns which mirror those of the majority of the UK and European auto industry,” said the company. “While Ford will take whatever action is needed to ensure that our European business remains competitive and keeps to the path toward sustainable profitability, we have made no changes to our current investment plans and will not do so unless there is clear evidence that action is needed.”

Uncertainty and declineThe vote to leave the EU has affected share prices at the carmakers with plants in the UK, and the significant fall in the pound is also likely to lead to an increase in the price of imports. With about 85% of new vehicle sales in the UK being imported, that could hit sales. Vehicle exports, which have been at record levels, should get a boost, however with 50-60% of car components typically imported, supply chain costs could rise sharply.

Consultancy firm KPMG reacted to the result on Friday by noting that the automotive industry was expected to be one of the sectors most impacted by the vote and said that there were steps it should now take. KPMG said in a statement that the fall in sterling and commodity prices would prompt vehicle production plans, sales incentives, financing arrangements and purchasing plans to be adjusted. It added that information about employees, procurement and distribution needed to be gathered and reassessed so that quick action could be taken once the anticipated changes to VAT, customs and migration rules were enacted.

“In recent months we have seen some industry commentators believe that UK new car sales could top 3m in the coming years," said John Leech, head of automotive at KPMG UK. "The vote to leave the EU means that this has become highly unlikely and I now forecast that new car sales will fall to 2.5m cars in 2017. I still anticipate that UK car production will grow by double digits in 2016 to 1.7m cars driven principally by EU exports buoyed by the weak pound.”

Analyst firm IHS Automotive also saw that the decline in UK sales that was anticipated following the past few years of growth could be exacerbated by the withdrawal of the UK from the EU. Ian Fletcher, principal analyst told Automotive Logistics, that while it was still early to make any certain forecasts the company expected see a decline in domestic sales for 2017 of between 7.5% and 8.5%, “ well beyond where we initially expected it to be”.

IHS also expected a decline in production, not just in the UK but across wider Europe. “There could not only be an impact from the withdrawal in UK sales but there could also be a secondary effect from a dip in GDP in the Eurozone,” said Fletcher.

What is clearer is that the uncertainty created by the Brexit vote on the automotive industry has to be brought to a close as soon as possible and talk of extending the final exit to 2018, which voices in the UK have suggested, is not tenable.

In order for trade deals on a completely different footing there needs to be clarity on how business will be conducted, not least because carmakers make long term investments and production cycles run anywhere between five and ten years.

“The problem will be when the plants start competing for new vehicles,” said Fletcher. “That will be a factor. They will probably have an indication as to where the trade deals lie at that point and potentially then we will see some sort of changes in the way the automotive industry is run in the UK.”

Read more about the consequences for the UK sector and the impact on the automotive supply chain.