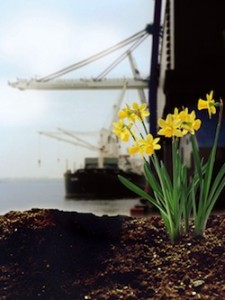 The American Association of Ports Authorities has signed an agreement with Green Marine to advance the environmental sustainability of port and terminal operators. Green Marine is a 70-member voluntary marine industry initiative that aims to develop environmental performance beyond regulatory requirements in areas such as air, land and water emissions. AAPA represents more than 130 of the leading seaport authorities in the US, Canada, Latin America and the Caribbean, including those representing ports with automotive terminals.

The memorandum of understanding (MOU), which was signed during AAPA’s Annual Convention in Orlando, Florida last week, “will serve as a framework for increased cooperation between the two parties to advance environmental protection at seaports in the Western Hemisphere”, said AAPA in a statement. The association said it would encourage its members’ participation in the Green Marine environmental programme for ports that find it beneficial to their operations and sustainability initiatives.

"AAPA wants to take a leadership role in regard to port environmental certification," said AAPA President and CEO Kurt Nagle. "We want to ensure the association gives the best tools to its members to help them benchmark and improve their environmental performance and we’ve determined that the Green Marine programme is valid, applicable and scalable for port authority and terminal operations," he said.

Each organisation has exchanged memberships, with Green Marine now a sustaining member of AAPA, and AAPA, in turn, now an association member of the Green Marine Management Corporation.

"Green Marine looks forward to working closely with the AAPA and those ports and terminals committed to raising the bar to advance environmental protection at seaports in the Americas," said Green Marine Management Corporation president, Raymond Johnston.

Port authorities and terminals currently make up the largest segment of Green Marine’s membership. Participants include the ports of Seattle, Vancouver and Prince Rupert on the West Coast, and Duluth, Cleveland, Montreal and Halifax in the Great Lakes and East.