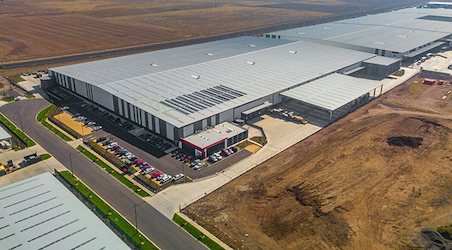 The Renault-Nissan-Mitsubishi Alliance has opened a warehouse in Melbourne, Australia for the distribution of aftermarket parts.

The company said the 37,000 sq. m Alliance National Distribution Centre was designed to maximise productivity and accuracy, allowing manufacturers to enhance services to their national dealership networks across the country. The centre will also store and distribute parts for the Infiniti brand, which is part of the Alliance. The building of the facility was first announced in June last year.

The facility, which employs 90 staff, was purpose built by Ceva Logistics for the Alliance and is being managed by the logistics provider. It is located in Truganina between Melbourne’s sea container terminal and the airport. It is part of the Ceva Logistics complex, which opened in 2015 to provide services for the automotive sector, including for parts and finished vehicle handling.

The centre will manage 90,000 different parts and process 11 inbound sea containers daily, as well as airfreight and other local shipments, through ten container docks. It has capacity to store 100,000 parts and accessories. The carmaker said it would handle 2,500 parts each day, while eight B-double transporters would deliver 8,500 parts direct to dealerships on a same day service. The company said the facility also included a dedicated area for the storage of hazardous liquids such as oils, transmission and break fluids.

“This shared facility is another example of how the Alliance continues to generate synergies for our companies, customers and shareholders," said Kent O’Hara, global senior vice president of aftersales for the Alliance.

The warehouse, which is fully operational since July, is billed as a first for Alliance member companies, which globally sold more than 10.6m vehicles in 2017. It has been designed to meet the requirements for a ‘six-star’ Green Star rating, making it one of the first parts distribution centres in Australia to achieve what is the highest level of certification for sustainable building design.