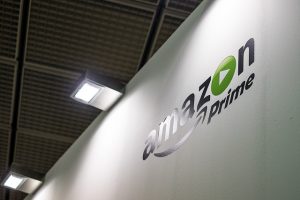 Amazon is said to be ‘spending large sums’ on a European unit to sell cars, according to an Automobilwoche article citing unnamed sources.

The UK is said to be the first location where the online shopping giant will begin selling cars directly to customers.

David Jinks, head of consumer research at ParcelHero, said it made sense for the company to use the UK as a launch pad, given its history of piloting new projects in the country.

The company reportedly already makes loans to its marketplace traders and Jinks said it could also offer attractive loans on new cars in the future to its Prime members. “Amazon is also likely to offer long-term lease cars,” he added.

Last year, Amazon announced a deal with Fiat in Italy to create a portal for certain brands. While that platform allows customers to choose a vehicle online, they are then contacted by Amazon’s call centre and advised which dealer to visit to complete the purchase.

Said Jinks: “Amazon trialled selling small Fiats in Italy last year, with some success; but even the dinky Fiat 500 can’t be left under your doormat or in your porch. Amazon will likely have to work with an established car distributor to deliver your new car; introducing an entirely new supply chain.”

The Automobilwoche article also highlights the appointment of Christoph Moeller to head this OEM business within Amazon.

In late 2016 and early this year, Hyundai and Peugeot launched websites in the UK allowing customers to purchase vehicles and arrange finance online.

At the time, Peugeot said its dealer network would still prepare all the vehicles and fulfil home delivery of any cars purchased.

“With no need to visit a dealer to complete finance paperwork, this ‘buy-at-home’ capability remains unique in the market,” Peugeot said at the time.