The introduction of the new HGV levy on foreign lorries on April 1 looks set to create a level playing field for hauliers across Europe, says David Williams, managing director Rhenus UK. However, is the UK government tempting fate to launch such a complex scheme on April Fool’s Day, he asks?

After what seems like years of procrastination and consultation, the UK Road User Levy will be finally introduced on 1 April 2014. This long-awaited charge must be paid by both UK and foreign operators of vehicles at or above 12 tonnes in weight. Its implementation has probably surprised many transport operators and DVLA officers alike. And it is this haste of implementation which concerns many in the industry, including me. 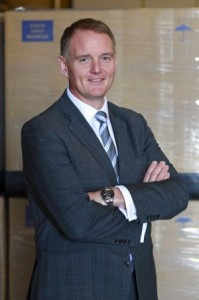 The good news for UK operators is that vehicle excise duty rates will be reduced accordingly to keep the overall tax bills neutral for the majority of hauliers. However for foreign operators, this means a major hike in annual costs. In practice the new levy could add as much as £1,000 per year to a foreign driver’s bill.

UK registered lorries will pay the levy annually or every six months, via the DVLA’s website upon licence renewal, or at first licensing, from 1 April 2014. They say that the devil is in the detail and it’s here that the potential for gremlins starts to make itself known. While the UK side of the equation should be relatively simple to enforce, life becomes a lot more complex when we start to look at the pan European scale of the challenge.

DVLA and VOSA, who are responsible for enforcement of the new levy have a tough task [and have had] just three months for implementation from a standing start in January 2014.

The DVLA say on their website that, “foreign operators must pay the levy before their lorry uses UK roads – preferably online through an HGV Levy Payment Portal”, (operated by Northgate Public Services) which poses several fundamental questions. Is the new levy being promoted effectively across all EU member states? How will incoming trucks be monitored? And how will drivers ignorant of the new regime rolling off the ferries and channel be managed? [sam_ad id=6 codes='true']

While I agree totally with the principle of a level playing field across EU motorways, I have real fears that the roll out of a pan European online and paper based licensing system needs more than three months to be implemented. I hope I am proven wrong and the whole process works seamlessly. However unscientific the survey might be, I called a handful of hauliers Rhenus engages via its European network and a significant number had not even heard of the incoming levy.

Let’s hope this well intentioned levy doesn’t turn into a practical joke for the UK.