Argentina’s auto sector has been stuttering for the last few years in the wake of the financial crisis. But last year car sales reached a new recor,d based on heightened demand at home as well as strong demand abroad, particularly from Brazil, writes Tony Danby.

A rgentina, which has Latin America’s second largest economy, is witnessing a soaring market Afor finished vehicle sales thanks to renewed domestic and international demand. Indeed, Argentina, which has seen its economy and auto industry stutter in recent years, witnessed record sales of 698,299 units 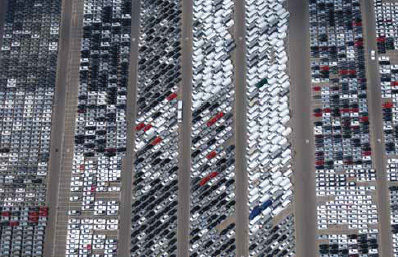 in 2010, up around 43% compared to 2009, according to the national association of auto manufacturers (or Adefa). The main reasons for surging sales were a recovery in demand from more confident consumers in Argentina, who often seek protection against inflation by making purchases, and from importers in countries such as Brazil, the powerhouse of the region.

The Brazil effect
Argentina has also certainly reaped benefits from the prosperity of its giant neighbour Brazil. Carmakers in Buenos Aires have been buoyed by the hefty demand for vehicle imports by Brazil, with a booming economy and an increasingly prosperous population hungry for consumer goods from cookers to cars. The foreign exchange situation has also created more demand from imports into Brazil. Brazil’s real (BRL), which was one of the fastest growing currencies worldwide in 2010, surged some 30% against the dollar in the same period and this has also helped to generate demand for vehicles from Argentina.

“Brazil’s remarkable growth, as well as the BRL appreciation, has benefited Argentina vehicle exports,” says CAT Argentina’s Alfonso Mario Lago. In 2010, vehicle exports were 447,953 units of which about half were shipped to Brazil, he says. Argentina is expected to export another 520,000 in 2011, he adds.

Others agree that exports, as well as staunch local demand, are fuelling the buying spree. According to Sebastian Dassen, of Terminal Zarate, Argentina’s auto industry has clearly reversed the economic slowdown during the recession. “The rebound in [the country’s] internal demand, in addition to the solid demand from Brazil, as well as the recovery of other markets, produced a fast way out of the 2009 crisis,” he says. As a result, Argentina recorded strong production in 2010 of 724,023 units, up 41% versus 2009, according Adefa. “The weak consumer confidence in 2009 due to the global financial crisis has ended,” he says.

production in 2009. According to industry experts, OEMs are also stepping up their investments, especially in key cities such as Buenos Aires, Rosario and Córdoba. For instance, US carmaker Ford plans to invest $250m between 2011 and 2012 in its plant to produce a new vehicle, while its compatriot, GM, also began renewing its car models in 2009 that should be finished in 2012.

According to media reports, Asian and European car manufacturers are also planning to ramp up activities in the country. Japan’s Honda is earmarking $250m to produce its City model with an annual production capacity of 30,000 units, while Toyota is expected to hike output at its Zarate plant to 90,000 vehicles a year (from 70,000 currently).

Italian OEM Fiat is also expected to invest $205m into a factory in Ferreyra in the Córdoba province to double vehicle production to 900 units a day. Even tyremakers such as Pirelli will pump $100m into a plant near Buenos Aires by 2013 and buy new technology.

Last year, however, several notable launches helped to further jump-start sales. VW began to produce its Amarok Pickup truck in Argentina, which is being exported to over 60 countries around the world, while US giant GM developed the new vehicle Agile in the country. Elsewhere, France’s Renault developed a new medium-sized vehicle called Fluence and Peugeot launched its new 408 model.

In this light, industry experts are certainly positive about 2011. “We are very optimistic for vehicle sales in 2011,” Dassen says. “We [the port] estimate an increase in sales of 8% this year, while the car industry is talking about a higher number of between 8% and 10%,” he adds.

This local production will also help to bypass new laws that were introduced to curtail imports. The government recently slapped limits on the entrance of high-value imported vehicles from countries outside of the Mercosur customs union by 20% next year, whose share of the market is lower than 3%. This measure was taken to help the country’s balance of trade. Indeed, Terminal Zarate has already been reaping the reward of the fast-paced growth in sector. The port, which accounts for the country’s largest volume of vehicle shipments, recorded a flow of 648,000 vehicles in 2010, up 58% against 2009. Terminal Zarate expects to hike this total to 680,000 this year. “We will try to keep up with the growing market,” Dassen says.

Dassen also recalls that last year was a better year than originally expected for the port. “The port management expected a lower growth in 2010 and, as a result, the higher volume of vehicles caused us a bit of trouble regarding the operations,” the executive says. “The main growth was the trade in imports and exports between Argentina and Brazil,” he recalls.

Terminal Zarate handles many of the largest global OEMs such as Fiat, Ford, GM and VW. The main challenge that the port will face this year is the need to increase its storage capacity as soon as possible, Dassen says. To transport vehicles between Brazil and Argentina, the port relies on companies such as Grimaldi, K-Line, MOL, NYK, and WWL.

Capacity is getting tight
To help resolve the tight capacity, Terminal Zarate is investing in a new area of 35 hectares, with new storage and PDI facilities, and the ability to deliver to car dealers. Dassen says that the first part of this global plan will be finished sometime this year and completed in 2012. The port is also developing other improvements related to technology and general facilities and the plan for the car division should reach $25m over the next three years, Dassen says.

LSPs are also experiencing high-speed growth. For instance, CAT’s Lago says that apart from French OEM Renault, the logistics company also worked last year with other major global manufacturers, such as Nissan, General Motors, Peugeot, Gefco, and many Renault distributors in the country.

“During 2010, we came across potential new customers thanks to alternatives offered by our port facilities at Delta Dock. Although the contracts have not been signed yet, they are about to happen,” Lago says. The company’s workforce rose significantly in all operative areas, with personnel growing 2010 to 280 employee from 194, he adds. Delta Dock is a private port terminal located on 288 hectares on the Paraná River about 100km from Buenos Aires.

Lago says that CAT is eying strong growth in the years ahead; to be able to boost volumes during 2011, CAT plans heavy investments in its fleet as well as in Delta Dock port infrastructure of around $4m over the next three years. CAT also estimates investments in its the fleet of about $3m during 2011.

Concerning CAT’s vehicle park at the port, investment studies are being implemented for an extension, with the possibility of buying property or signing new rental contracts, to increase its parking area by 200,000 square meters in the next three years. An investment plan has been started to respond in a suitable way to customers’ demands, allowing CAT to add spot operations from other actors in the market, principally handling their import and export shipments and some PDI operations for imports. Overall, expectations for the next five years in Argentina are positive after a bumpy ride following the recession in 2009. Lago says that Brazil, the main economy of the region, is experiencing strong growth, and this will help to stimulate the rest of the neighbouring countries, he says. “The view for Argentina is optimistic.”