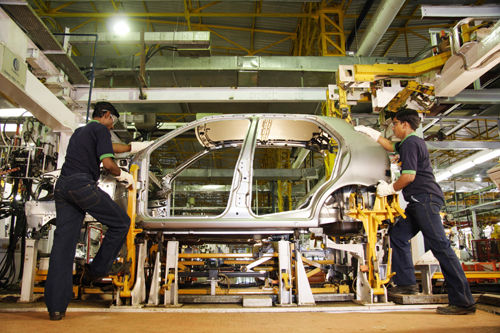 Despite an erratic and sluggish market over the past three years, India still holds considerable promise for Fiat Chrysler. The carmaker has ambitious plans to roll out new models in India, with its plant in Pune – which builds Punto and Linea models – set to play an increasingly important role in its growth. Pune has an installed capacity for 130,000 vehicles per year and 300,000 powertrains, with around 80,000 cars and 130,000 powertrains coming off the assembly lines in 2014, according to Sudhir Chikhle, assistant vice-president of corporate purchasing.

The plant may not be one of India’s largest, but it is complex. Fiat has low vertical integration compared to other OEMs, doing only vehicle assembly, painting and body-in-white welding, so it depends hugely on its supply chain. There are more than 2,000 part numbers per car, including a large number of aggregate and modules. Parts localisation is 90% in India, but that includes a large share of global suppliers based in the country serving Fiat’s global platforms. Parts are also imported from as far afield as Italy, Poland, Turkey, Brazil and China.

Fiat’s executives are targeting high supply chain efficiency, including an increased use of milkrun collections and deliveries. However Chikhle, 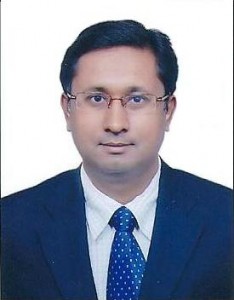 who has been with the company four years, is a realist when it comes to logistics; he recognises that concepts like just-in-time (JIT) and just-in-sequence (JIS) sometimes have the effect of pushing inventory back into the tier supply chain. He expects things to change when Indian production hits critical mass, and tier one and tier two suppliers can become more substantial buyers themselves.

Ramesh Kumar spoke to Sudhir Chikhle (pictured) about his plans to work more closely with suppliers and logistics providers to stabilise production and make the best use of the Pune plant’s attractive location and supply points.

Ramesh Kumar: How much of your supply chain processes are standard to Fiat, and what is localised for India?

Sudhir Chikhle: We follow almost 90% of the process that our parent company follows, while the rest is improvised for India. When we select suppliers, for example, we have a standard assessment process for financial, qualitative and product development capability. Also, as we are part of Fiat Chrysler, we tend to build vehicles in India that are part of global platforms, with production shared with other poles; therefore, the supplier selection is [largely] driven by the global platform strategy. To that extent, it becomes an easier job for us.

Do you mean for suppliers of imported parts?

No, I mean for the global suppliers who are producing for us in India. Of our sourcing in India, at least 50% comes from global suppliers with a base in India, such as GKN, Bosch, Magneti Marelli, etc. These companies understand Fiat’s global specifications so a lot of filtering is already done for me. It’s then a question of sitting down with them and sharing my quality requirements, technical specifications and prices, for example.
How is Fiat’s supply chain purchasing in India different to that of established players like Maruti, Hyundai and Toyota?

So the supplier who supplies to Maruti or Mahindra will have to tweak to suit your requirements?

Yes, 100%. For example, for the chrome plating on some of the chrome finish parts, Fiat’s spec in terms of environmental impact and ‘weatherability’ is much more stringent than may be the case for an Indian brand. Therefore, a supplier’s manufacturing process has to suit that requirement.

The path to milkruns and local supply

Is Fiat using milkrun collections in India? Is this working?

It is definitely effective and we intend to do it for our future programmes. As of now we do it in a limited way, but we want to extend that as much as possible.

What do you mean by limited? 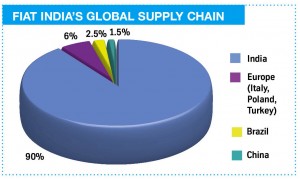 Are these coming from suppliers based close to the plant?

Around 90% of my local suppliers are within a 100km radius of the plant, while the rest comes from places like Delhi, Chennai etc.

How would you describe Fiat’s milkrun experience in India?

The fundamental requirement for a milkrun, or any kind of these processes for logistics, is stable production. If the production requirement fluctuates widely, then all these systems will not work. As our market has gone through a very turbulent time, there have been ups and very big downs, so that’s when these kinds of methods are less effective.

Is there a threshold at which milkruns will work better?

There are some minimum level requirements depending on the supply base, but the problem is not typically about quantity. You can do a perfectly effective milkrun for production of 50 cars per day, as long as it remains 50 plus or minus ten, rather than 51 one day and 100 the next. If that happens you are in trouble.

Can you reduce that variability through methods like kitting and pre-assembly, where you pool together volumes before moving to the line?

Honestly, what we are trying to work on for our new projects is seeing how we can minimise our sourcing beyond this 100km radius of Pune. So we are not really working on how we can do more consolidation.

Do you think suppliers will want to move closer to your plant?

Yes. The good thing is we are in Pune, which is an automotive hub. A supplier doesn’t need to put up a facility only for me, but also has Volkswagen, GM, Mahindra, Tata Motors or Bajaj. If I wanted to set up a plant in Indore or some such place, I would struggle. We have already seen instances in the last two years where suppliers have moved to Pune or opened a second plant because of capacity issues.

Do JIT deliveries work for your plant?

The way that the industry does JIT in India and also overseas in many cases, is that you actually push your inventory to tier one or tier twos. Rather than eliminating inventory from the system, you push it down the line. You monitor the suppliers stock and make sure he has a comfortable level, and then tell the world that you are working ‘just-in-time’ and can sleep well at night.

So those who claim they are doing JIT in India need to be taken with a pinch of salt?

I would say that someone else is carrying the inventory.

If you look at the automotive value chain, you start with steel, with raw plastic – polypropylene, basic bars or casting and stuff like that. These suppliers can never really be practitioners of the JIT concept because you cannot just make a coil for ten or 20 tonnes. They have to make a big run, which means there has to be a steel centre carrying inventory. Beyond that, as long as this flow is smooth to tier one and tier two suppliers, there is a possibility of having JIT and controlling inventories in this area. If there is demand variability it becomes an issue. The poor tier two supplier who has to source steel from a big guy like Essar, Posco or Ispat is going to be bulldozed over and told to keep one month’s stock otherwise the steelmaker won’t manufacture at the supplier’s requirements. The tier two doesn’t have a big buying power. 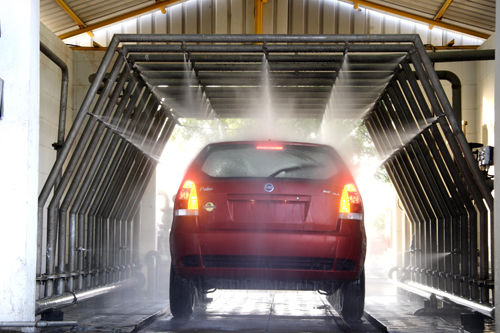 What will it take to see a truly lean, JIT supply chain in India?

It will happen when we really scale up our volumes, perhaps at 6m-10m units per year. At this point, the tier one or tier two becomes a substantial buyer and can purchase lots that are viable and big enough to process, which can then supply across OEMs just in time. At the level of 6m units per year, for example, we’re talking about 20,000 vehicles per day and so around 20,000 tonnes of steel. That’s a substantial number for anyone to take big lots and keep supplying. But if we’re talking 2.5m cars per year – maybe 8,000 tonnes of steel per day – honestly, it’s nothing.

What level of JIS parts is Fiat using?

For our big volume parts, such as skin panels, bumpers, door pads,  we are mainly doing JIS. It’s not quite JIT, as we carry about a day’s worth of inventory.

How much inventory do you carry for your imported parts?

There it tends to be higher because of the variability at our customs, which might take anywhere between one day to one week to clear. There is also variability in transport time. On average we carry about six weeks of imported parts inventory.

Do you collect material from multiple locations and export from a consolidation centre?

Yes, for example in Europe we consolidate and ship from Italy, close to the port of Genoa. From China, we move from Shanghai.

What are your biggest challenges for imported parts?

The troubles we face are mainly on the India side, where there has been port congestion, for example. We have had very little problem on the international side, but when we do it is usually because of volume fluctuations, since the reaction times are slow.

What are the main problems you face for local parts supply?

We have structured meetings every week with the production and supply chain teams where we discuss current and potential issues. The challenges are most often with suppliers. Usually it is because the supplier is having financial issues, is struggling to produce sufficient quality parts, or is having problems procuring raw materials.

The fourth challenge is normally the variability, such as when we want double the quantity of a part in a short span. October is a typical problem in India, when everyone wants the cars to be delivered to the market before Diwali. It was even harder this year because first we had the Dussehra holidays, and then we had state elections in Maharashtra and Haryana, and then Diwali. It means that there are fewer working days and the requirements are greater. It is always a big challenge.