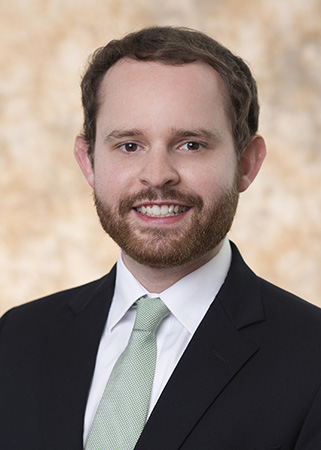 Even the greatest logisticians at the world’s most prestigious automotive companies can’t predict the future. Economic downturns occur, suppliers falter and disputes occur that endanger just-in-time manufacturing. While these disruptions in the supply chain are inevitable, they do not have to be catastrophic.

Although the strategies shown here are written from the perspective of the OEM, the same legal tools can be used to protect suppliers from sub-supplier disruptions. By planning for and negotiating these legal issues, OEMs and suppliers can minimise litigation costs and, more importantly, minimise manufacturing downtime.

Ownership of toolingLong before a supplier begins shipping parts to an OEM, tooling must be designed, built and undergo Production Part Approval Process (PPAP). Often OEMs prefer that the supplier bear the initial cost of the tooling so that the supplier will have an incentive to reach PPAP – once the correct level of PPAP is attained, the OEM will then pay the supplier for the tooling. However, what happens if the supplier becomes financially distressed before the OEM takes possession of the tooling? All the cost and effort that went into the tool is suddenly at risk if the supplier files for bankruptcy. Not only does the OEM stand to lose money on the tool, but it also runs the risk of missing early production deadlines if a part needs to be sourced with another supplier.

An effective solution that has previously benefited OEMs is to structure contracts with suppliers to ensure title passes and payment occurs at an early stage of the PPAP. The supplier still has an incentive to work and reach PPAP to receive the tooling payment; however, the risk that the supplier will become insolvent is minimised. Of course, the OEM must also establish a security interest in the tooling until title passes in case early issues arise.

Reviewing financial statementsWhat if the supplier has title to the tooling, but its financial solvency is in question, meanwhile? What actions should an OEM take if there is a risk that a supplier will fail to deliver? Most contracts contain provisions that allow an audit of a supplier’s books and records under certain conditions. However, without full access to the supplier’s financial information in the event of a potential insolvency, an OEM can be at serious risk.

To minimise this type of risk, contracts with suppliers need not only to include provisions that allow the OEM to access the supplier’s books and records, but also provisions that give the OEM open access for issues relating to the supplier’s solvency, its ability to pay debts as they come due and any threatened liens against OEM property. OEMs should be prepared to use these provisions as swords as well as shields – if there is any concern about a supplier’s solvency, the OEM should immediately analyse that supplier’s records to determine next steps.

Bankruptcy protectionIf, after an analysis of a supplier’s records, it is determined that a supplier or sub-supplier is in financial distress, what steps should be taken? How should an automotive company plan for a potential bankruptcy in the supply chain?

Injunctive reliefIn rare circumstances, a supply chain disruption will threaten to shut down the OEM. How can an OEM plan for a situation where a supplier does not ship the products?

Given the absolute necessity for a supplier’s shipments in just-in-time manufacturing, one option here is to seek a court order granting the OEM the right to enter the supplier’s property and control the supplier’s manufacturing operations. Although this may seem like an extreme measure, an OEM needs every tool available to prevent a supplier from stopping shipment.

Assemble a crisis teamIt is also critical, when a disruption in the supply chain is imminent, to assemble an internal crisis team. Ideally, this team will include finance, logistics, procurement and legal professionals. Remember that although effective legal planning can provide options to reduce risk, an experienced crisis team is ultimately the best solution for solving supply chain disruptions.