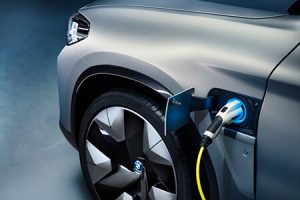 The expansion by the joint venture between BMW and Brilliance China Automotive Holdings will enable production of more powerful batteries for fifth-generation eDrive technology to be used in the fully-electric BMW iX3. The SUV will be built at the neighbouring BBA plant in Dadong from 2020.

Oliver Zipse, who is responsible for production on BMW’s management board, said in a statement that the expansion would enable the company to cater for increasing electro-mobility demand in China.

The luxury carmaker more than doubled sales of electrified vehicles in China last year and expects similar growth this year. Production of the BMW 5 Series plug-in hybrid began at the BBA plant in Dadong earlier this year.

BBA’s automotive plants in the Tiexi district of Shenyang city and Dadong, both in Liaoning province, last year produced 380,000 vehicles, mainly for the domestic market, an increase of around 30% year-on-year. The company expects the plants’ capacity of 520,000 units a year will be reached in 2019.

“Maximum utilisation of plant capacity is a priority for us,” said Zipse. “That is why we are designing our production system so that we can build models with a fully or partially electric drivetrain or [a] combustion engine on the same assembly line.”

Read more about BBA’s activity in China in our interview with Franz Decker, vice-president of logistics and strategy, in the next edition of Finished Vehicle Logistics