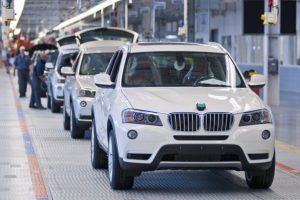 BMW has confirmed that a fire that broke out at its Spartanburg plant in the US last Friday had minimal impact on production and was dealt with promptly by its own on-site fire department.

The fire started shortly before 07.00 in an air handling unit used to regulate and circulate air in the factory. A spokesperson for the carmaker told Automotive Logistics the fire was small and contained.

“We evacuated associates in the vicinity of the fire because there was smoke present [but the] all-clear was given after 20 minutes,” she said, adding that there was minimum impact on production and that there were no injuries.

The Spartanburg plant makes around 1,400 X-series vehicles a day.

The Spartanburg plant suffered a similar incident back in March this year when a fire broke out in an air filter system in the body shop. That fire was also well contained and production was resumed without lengthy disruption, according to sources.