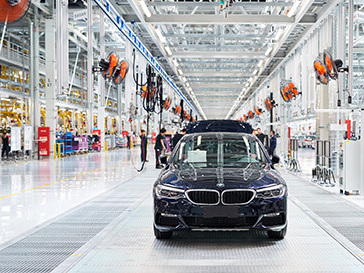 BMW is reported to be increasing its 50% stake in Brilliance China Automotive, making it the first foreign carmaker in the country to take majority control of a joint venture. Newspaper reports, including the China Daily and South China Morning Post, cite comments from premier Li Keqiang during a visit to Europe last week.

The BMW Brilliance Automotive (BBA) joint venture was set up in 2003, with Brilliance China Automotive currently holding a 40.5% share. Shenyang municipal government owns a stake of 9.5%.

The State Council of China also reported last week that its latest move to reduce tariffs on vehicle imports would mean more direct market opportunities for trade with Germany. Import duty on foreign-made cars will fall from 25% to 15% with effect from July 1 (though the escalation in its trade war with the US could affect this).

BMW said it would not comment at this stage on the speculation about the increase in its stake. However, the move to take a greater stake in the joint venture follows China’s recent policy to relax equity restrictions for foreign carmakers. For the last two decades, China has restricted foreign carmakers wanting to manufacture in the country to being able to do so only as part of a joint venture in which they can own a maximum of 50%. However, following a policy proposal introduced last year by the National Development and Reform Commission (NDRC) in China, and more recently endorsed by president Xi Jinping at the Boao Asian economic forum, this restriction is now being removed.

[mpu_ad] BBA has confirmed in the last week that it will be increasing production capacity at its two plants in Tiexi and Dadong in Shenyang to a total of 520,000 vehicles next year, an increase on what was produced in 2017 by roughly 15,000. The X3 is the latest model, which started production in May this year. The majority of output from the two plants is for the domestic market but the carmaker has also confirmed that its electric iX3 utility vehicle will be exported when production begins in 2020, as first reported during the Beijing Auto Show in April.

“The next chapter of our cooperation has the potential to go beyond our existing motto - in China, for China,” said Harald Krüger, chairman of the board of management at BMW. “The all-electric BMW iX3, produced by BBA from 2020, will find customers around the world.”

BBA is embracing a more multimodal and decentralised distribution strategy for the delivery of vehicles in China, as is explained in this month’s Finished Vehicle Logistics magazine by Franz Decker vice-president of logistics and strategy for the joint venture.