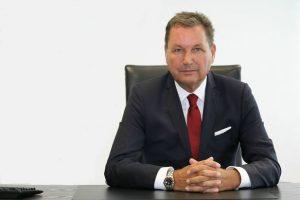 Amongst its products, Japan-headquartered Yazaki says it is the world’s largest producer of wiring harnesses.

Last year, Andersson stepped down as CEO at Avtovaz, having moved into the role in 2013. That followed a four-year tenure as president of rival Russian vehicle maker, Gaz.

At Gaz, he was credited with the dramatic turnaround the carmaker made following his appointment in 2009. The company lost 30 billion roubles in 2008 ($1 billion at the time). By 2010, the manufacturer was earning 2.1 billion roubles, as Andersson slashed costs and improved productivity.

He was awarded a Distinguished Service Citation by the Automotive Hall of Fame in Detroit in 2013 in recognition of the progress Gaz made under his leadership.

Originally from Sweden, he was the first non-Russian to head Avtovaz.

Earlier in his career, he went to Detroit to join General Motors, where he held various executive positions. From 2001 to 2009, he held the position of global vice-president of purchasing.

Click here for an exclusive interview with Andersson during his time leading Russia’s GAZ Group.

Below is a video presentation made by Andersson at the Automotive Logistics Europe 2013 conference.https://youtu.be/4ZIQCudQAS0