Brexit: Are you ready for the impact?

In light of the recent Brexit vote and looming technology advances, those in the UK’s automotive logistics sector would be well advised to take some bold decisions to prepare themselves for the future... 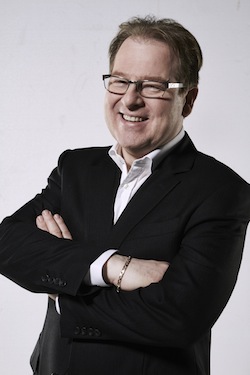 Analysing trends and predicting change in the logistics industry has been relatively simple over the last few years – it has largely been a matter of explaining new technologies. But we now have something huge and unexpected thrown into the mix in the form of Brexit. So what is the likely impact on the automotive logistics sector?

Automotive companies in the UK are already looking for different methods to control inbound processes as well as the distribution of spare parts. For the past 35 years (if not longer), automotive assembly plants and OEMs have used traditional large 3PL organisations to solve their problems for them. One of the challenges for the 3PLs, however, is that there has often been a significant amount of internal logistics expertise within automotive plants themselves. This has often left 3PLs reacting to what they are told, rather than creating a true solution to a problem.

As the triggering of Article 50 draws closer (assuming the UK’s referendum decision is not now to be reversed by a parliamentary vote, that is), will the prospect of Brexit transform the way OEMs operate, or have they already started to change their ways? And if so, will Brexit speed up that change?

One major automotive manufacturer based in the UK has worked with 3T recently to change the way that it handles inbound logistics. The company has taken back control from the large 3PLs, using a software solution developed in-house by 3T.

As a result, the manufacturer is now able to manage its own operation using a number of regional UK and continental carriers who are interchangeable at short notice. The new software provides integrated optimised planning with supplier communication portals, offering real-time information and visibility over each component at any time. In reality, the operation has become more complex, but the combination of multiple carriers with synergy and the increased visibility and control has resulted in a more streamlined operation offering improved service levels.

This is not an isolated case. The major automotive manufacturers in the UK are all looking at tackling the same problem but in different ways. In typical conversations, industry personnel ask: ‘Should we do it ourselves? Do we force our big 3PL partners to be creative? Or do we look towards the more agile, technology-led software companies?’ The key trend here is that they are all looking for technology to solve the problem – and while that isn’t anything new, it is a tough challenge for the big fragmented 3PLs.

A cultural shiftEveryone has an opinion about Brexit. But it looks like it will take at least two years after Article 50 has been triggered to really understand the future of trading with Europe – and even then, many things could still change.

Assuming Brexit is a tad harder than most people would want, this suggests the UK will need to be at least 10% more efficient in production to overcome some of the potential obstacles and tariff barriers. That means much greater pressure on decision-making around technology and cost-effectiveness. Companies will have to make sustainable savings and sustainable changes in the way that products are produced and shipped.

In terms of transport, making things more efficient and less expensive will be all about vehicle utilisation – keeping delivery vehicles filled up throughout their working day.

Logistics is a fragmented industry: 99% of companies look at their contracts in isolation, while many carriers are only regional. So, adopting strategies and technology to maximise utilisation will require a significant cultural shift.

Decisions, decisionsIf the automotive industry wants to survive and grow, it will have to increase productivity. When something with the magnitude of Brexit happens, decision-making becomes more focused and decisions on bigger projects happen because there is no alternative, other than shutting up shop. The cost of such projects can be huge, so a company will explore all the avenues before taking such a decision.

If the UK can implement some of the dramatic technological advances that are on the horizon quicker than its competitors on the continent, however, it will help keep manufacturing in the UK and improve export rates – both of which will be sorely needed in the decade to come.

Of course, there is really no precedent for the situation we find ourselves in with Brexit. And alongside it, in terms of transport, we are looking at the introduction and impact of driverless vehicles as well as the full utilisation of vehicles driven by robotic technology, ultimately involving far less human input than today.

With all this in mind, the logistics systems that the car manufacturing industry is implementing today and in the next few years will need to be adaptable. It is to be hoped that 2017 will be the year that the automotive sector takes another leap in order to help prepare itself for an uncertain future.