Bringing it back to North America 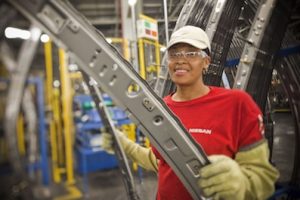 OEMs and tier one suppliers are increasingly prefering to shorten their supply chains, but in decisions on near-shoring or re-shoring, pragmatism will prevail

A ceremony at the Canton, Mississippi vehicle assembly plant of Nissan this past summer saw the governor of Mississippi, Phil Bryant, break ground at the start of construction work to build a new supplier park.

The supplier park will support an expansion in both the range and quantity of vehicles produced at Canton – the Murano compact SUV will be assembled at the plant starting next year – by providing essential space to support the on-site suppliers.

Plans for the project call for the construction of an integrated 90,000-square-metre logistics centre at the north end of Nissan’s campus, intended to support manufacturing operations by processing inbound production parts, outbound returnable containers and ‘in-plant’ supplier operations. Infrastructure improvements will also be made to the current supplier logistics centre, located at the south end of Nissan’s campus.

Dan Bednarzyk, Nissan vice-president for total delivered cost, told those present at the ceremony that the centre would supports Nissan’s efforts to bring more Nissan cars and trucks to Mississippi, and thus more jobs. 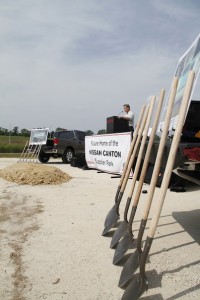 Is re-shoring for real?

If evidence was needed that the tide of sentiment regarding offshoring has turned, Bednarzyk’s statement surely provides it. After years of shipping jobs out of the US and towards lower-cost Asian and Latin American countries, America’s carmakers are espousing a new doctrine.

Instead of sourcing ever more from low-cost economies such as China, the talk in American automotive circles these days is of ‘near-shoring’ to countries such as Mexico, or even ‘re-shoring’ back to US soil.

It would be easy to dismiss these developments as a few isolated examples which don’t amount to many jobs. The Canton plant’s supplier park and logistics centre will support more than 800 posts, for example; 400 supplier jobs and 400 Nissan employees. While that wouldn’t make a dent in unemployment rates, in rural Mississippi it’s enough to explain the interest of local politicians in the project.

The bigger story is the trend’s impact on vehicle production, and here the impact has global significance. North American vehicle production has not just rebounded, it is approaching record levels. Nissan, for example, expects that 85% of its vehicles sold in the US will have been built in North America by 2015, up from 69% today.

All of which poses interesting questions; how extensive is such re-shoring and near-shoring, beyond anecdotal examples? How important are logistics and supply chain factors when weighing up localisation decisions? Do the supposed benefits of re-shoring and near-shoring – lower inventories, greater responsiveness, and a supposedly lower total landed cost – actually work out in practice?

"It’s not just labour unrest at ports and general transportation difficulties such as slow steaming to take into account, but also events such as the Japanese earthquake and tsunami" – Robert Lieb,
Northeastern University

The rush to low-cost countries is over

The consensus among those close to the issue of near-shoring seems to be that a combination of factors are working together. For one, carmakers and their suppliers are taking a far more nuanced view to sourcing than they did a decade ago during the rush to low-cost countries.

“Too many decisions about sourcing were made looking just at labour and direct costs,” says Tom Pettit, senior vice-president of supply chain solutions at Ryder System. “Especially in the first half of the last decade, there was a general enthusiasm for low-cost country sourcing and many companies set hard targets for the proportion of spend sourced offshore.”

“Go back a few years, and there was an absolute dictat that automotive suppliers needed to be offshore,” agrees John Taylor, professor of supply chain management at Wayne State University in Michigan. “But to determine if offshore is the right answer, you have to look at intangible costs as well as tangible costs – and in the rush overseas, some of those intangible costs were underestimated.” 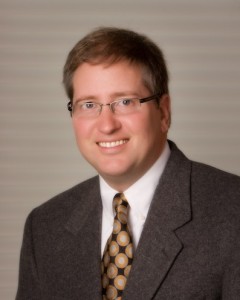 For instance, says Taylor, it’s easy to overlook the difficulties of working at a distance with suppliers on another continent, in another time zone. It’s also easy to underestimate the amount of spend required on expedited shipping when logistics processes go wrong, or plants fall behind schedule, as well as the extent to which inventory pipelines will balloon as supply chains lengthen and cross borders.

“A great example is the myopic decision by Chrysler – under the old ownership regime – to purchase rear seats for the US-built Jeep Wrangler from India,” says Michael Robinet, managing director at IHS Automotive Consulting. “The supply chain grew from hours and days to several weeks, and the focus on part cost ignored the inherent risk that had been driven into the supply chain.”

Those risks come in two flavours. The first is the obvious risk to the continuity of supply, which is itself difficult to plug into a simple comparison of labour costs and direct costs, and which recent natural disasters or other disruptions have demonstrated all too clearly.

“Longer supply chains are usually more vulnerable supply chains and recent years have thrown up sharp reminders of that,” says Robert Lieb, professor of supply chain management at Northeastern University. “It’s not just labour unrest at ports and general transportation difficulties such as slow steaming to take into account, but also events such as the Japanese earthquake and tsunami: a lot of supply chains just collapsed at that point.”

Perhaps more importantly, there are risks to the whole offshore sourcing logic to consider; again, a simplistic focus on tangible costs at a single point in time fails to adequately capture the full picture. “Conditions have changed,” says Wayne State’s Taylor. “The dollar has weakened considerably, logistics costs have risen, there’s a greater appreciation of the risk and a greater appreciation of the real costs involved. Is it any wonder there’s a re-examination underway?”

No rush to on-shore

This re-examination, however, is pursuing a different agenda to the one that saw automotive manufacturing offshored in the first place. Take logistics costs, for instance, which these days loom large as part of the sourcing equation, as manufacturers attempt to figure out the contrasting total landed cost of alternative sources of supply – a new prominence reflected in the job title of Nissan’s Bednarzyk as vice-president for total delivered cost, as well as General Motors’ mantra of ‘total enterprise cost’ in recent years.

“Automakers are zeroing in on lower total logistics costs, leading to a growing focus on ‘total landed cost’, not just part cost,” says IHS Automotive Consulting’s Robinet. “It’s a shift that is driving suppliers closer to the production site, as a competitive advantage versus others who might be vying for the business.”

Similarly, he adds, the past few years have demonstrated that currencies can experience more extreme fluctuations than might have been thought possible a decade back. As the dollar and the euro have slumped, some Asian currencies have been resurgent, and the yen highly volatile, upturning the logic of importing from Asia. Again, says Robinet, as both carmakers and suppliers seek greater currency stability, having the same currency for both vehicle assembly and component supply makes a lot of sense. If that can’t be achieved, the next best step is to have components supplied in a currency that is at least linked to the final currency of vehicle assembly and sales, which is the case with the US dollar and Mexican Peso.

Those plans are currently taking shape, say those close to the issue. Northeastern University’s Robert Lieb, for instance, sees this reflected in the findings of an annual survey of the chief executives of logistics service providers, sponsored by Penske Logistics, which he has been carrying out since 1994.

According to Lieb, the move to re-shore and near-shore component supply first started showing up in a significant way in the 2011 survey, reflecting the disruption to supply chains caused by the Japanese earthquake and tsunami of that year. On a number of key metrics – disruption of supply, reduced production, disruption of lean operations, and supplier failure – the impact was actually worse in North America than Asia itself, the survey found, prompting a variety of disaster planning preparedness initiatives by both logistics service providers and their automotive customers.

Of those initiatives, says Lieb, near-shoring was one of the least popular strategies, with tactics such as increased safety stock, greater supplier redundancy and better contingency planning being far more prevalent. It was being actively considered though, and has now reached the point where initial plans have become a reality on the ground.

“Literally, every one of the logistics service providers’ CEOs is saying that their clients are doing near-shoring and re-shoring, or are thinking about it,” says Lieb. “Around 30-50% of their clients are having internal discussions about the validity of continuing to offshore, while 10-15% have actually done something about it.” 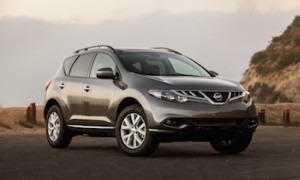 That said, it seems that the approach to near-shoring and re-shoring is more selective and discerning than the original rush to offshore.

Again in contrast to the original move offshore, there’s an underlying objectivity that Wakefield welcomes as being very healthy. “There are managers and companies out there that are hyper-conservative about the length of their supply chains, want suppliers close at hand and aren’t interested in longer supply chains,” he notes. “Then there are companies which have been over-enthusiastic about the move to China, and tend to overstate the benefits. Neither approach is correct: you have to do the calculations and look at the facts, then judge.”

Near or far, the decision is right

For corroboration, look no further than tier one supplier Cooper Standard. “Near-shoring and offshoring are no longer competing strategies in the world of global tier suppliers,” says Michael Silvio, Cooper Standard director of supply chain management. “Product costs overseas have been increasing, while at the same time costs in North America have been stable or, in some cases, decreasing. This makes the world a very competitive place,” he says.

“Making the right sourcing decision is always a function of quality and price, but inventory costs, responsiveness and expediting costs are also always part of the consideration,” Silvio continues. “No question, the closer the supplier is to your production site, the faster and more cost-effectively issues can be managed and the lower your logistics costs will be; but the logistics budget is only one slice of the pie.”

"The closer the supplier is to your production site, the faster and more cost-effectively issues can be managed and the lower your logistics costs will be; but the logistics budget is only one slice of the pie" – Michael Silvio, Cooper Standard

Silvio says Cooper Standard approaches decisions of near-shoring on a case-by-case basis. “Cooper Standard has plants around the world and we are actively pursuing a strategy that results in the lowest total cost for our organisation,” he says. “We have to look at which plants use the material in question and determine where we can best source it.”

Silvio’s observations reflect the complexity of sourcing in general, but also the sometimes conflicting realities of near-sourcing in North America. While production there is rising, bringing examples of local sourcing, so too have imported parts grown. And although production is near all time highs for the region, it is being done with fewer production plants than before the financial crisis.