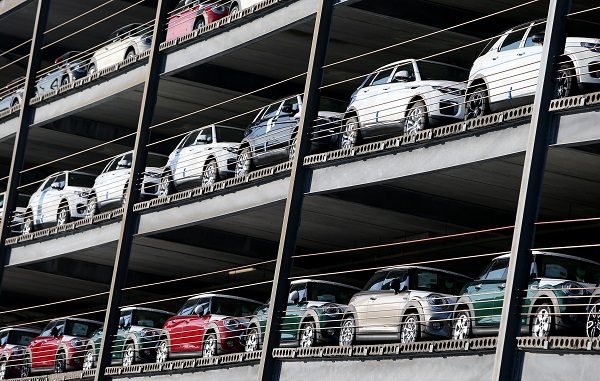 Asia was the fastest growing foreign market for the UK’s automotive sector last year, with the value of exported goods up 21% on 2016, a new survey has shown.

But despite strong growth in Asia which is forecast to continue, the EU market remains largest in absolute terms, accouting for 45% of all British automotive exports. That compares with 18.3% for the US (equivalent to £7.3 billion) and 11.3% for China (£4.5 billion).

The next three most important foreign markets are Germany with exports valued at £3.8 billion last year (9.5% of the total), Belgium at £2.9 billion (7.1%) and Italy at £2.0 billion (5.0%), according to the Automotive Sector Bulletin compiled by Santander bank and the manufacturing sector organisation, EEF.

The EU also remains important for UK automotive imports: eight out of the top ten countries supplying the UK are located in the EU, accounting for 84% of all sector imports in 2017. “The integrated nature of supply chains and the EU’s standing as the sector’s largest export and import market helps explain much of the concerns surrounding Brexit,” noted the four-page report.

Given the British automotive sector’s global standing and strong trade links, it is an attractive proposition for foreign multinationals, it continued, adding that foreign ownership of OEMs and companies in the UK supply chain is more than double the average for the manufacturing sector as a whole. The largest non-domestic investor is the US, with 31% of foreign-owned companies, followed by Japan (15%) and Germany (14%).

The bulletin also found the automotive sector contributed £16.5 billion in gross value to Britain’s economy last year, up 1.2% on 2016. It was the country’s third largest manufacturing segment with a £78 billion turnover in 2017.

Following the global financial crisis a decade ago, productivity growth in the UK automotive industry has been stronger than any sector, increasing by 61% since 2008. But the country’s industry still lags behind its German counterpart in productivity terms, the report concedes.

Paul Brooks, head of manufacturing at Santander UK, said: “The UK automotive sector continues to be a highly important, strategic industry at the centre of the UK economy. It is also a major UK export success story. Growing demand from countries such as China, along with established strong sales in the US and Europe, represents an incredibly exciting opportunity for UK automotive businesses.”

EEF economist, Francesco Arcangeli, commented: “It is clear that the UK is home to world-leading automotive manufacturers, which are helping to boost productivity in local areas, and supporting these businesses as they invest for growth and expand further is absolutely key to the ongoing success of this vital UK industry.”