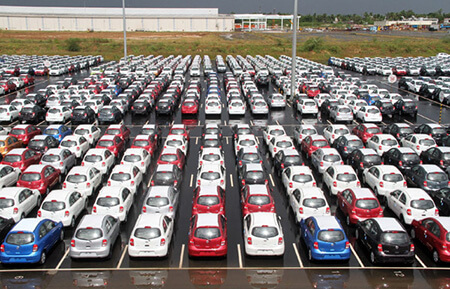 Car carriers providing outbound distribution services for Renault-Nissan in India suspended their operations at the carmaker’s plant in Chennai last week in protest at what they say was the OEM’s decision to renege on agreed freight rates.

According to the Car Carrier Association (CCA), the dispute dates back to meetings Renault-Nissan Automotive India (RNAIPL) had with its car hauliers in March last year, following implementation of the new Central Motor Vehicle Rules (CMVR) on vehicle-carrying trailers. These regulations established a new, legally enforceable maximum length for car carriers of 18.75 metres, along with a range of other safety stipulations. The new rules required widescale reinvestment by car carriers and cut the vehicle payload each trailer could carry.

In a letter sent to Renault-Nissan last week and seen by Automotive Logistics, the CCA reminded the carmaker that it had promised a rate increase of 5%, following the investments made in new CMVR-compliant equipment. According to the CCA, Renault-Nissan also agreed to accommodate fuel price increases on a monthly basis in their payment structure.

“These assurances… have not been honoured by RNAIPL,” said the CCA in the letter. “In spite of resolving these pending issues, a new RFQ has been floated with the aim of price reduction and only transporters offering discounts are being allowed loads.”

The CCA suggested this was being done to avoid resolving outstanding payment issues. A spokesperson for RNAIPL would only say this week that it was normal for OEMs to periodically review service level agreements with partners and service providers, adding that the review had not impacted the dispatch of vehicles.

Renault-Nissan is also being criticised by many of its carriers for asking in the latest round of RFQs whether companies are members of the CCA, which represents 95% of the 15,000-plus car transporter fleet in the country. The CCA said its members were unhappy with this “as a transporter cannot be judged on the basis of whether they are an association member or not”.

The CCA was keen to stress in its letter that it was not a union and that rather than interfering with “commercial issues of trade” it was more focused on a range of other issues, including police and border authority harassment on roads, driver welfare issues and government legislation.

The CCA went ahead with its move to suspend vehicle loading at the Orangadam plant after attempts to contact RNAIPL’s purchasing team proved unsuccessful, said the association.

Outbound operations have been restored this week, however, after a written assurance RNAIPL is understood to have provided stating that it would resolve all pending issues in a meeting between the two parties on Friday May 4.