CAR says clock is ticking but no need for alarm

Nafta re-negotiations and the ongoing trade disputes between the US and China are creating considerable uncertainty in the automotive industry, but that does not change the need to keep the supply chain international; if anything, cross-border logistics services have become even more important. 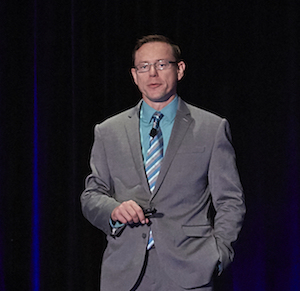 Speaking at this year’s Automotive Logistics Global conference in Detroit, Bernard Swiecki, senior automotive analyst at the Center for Automotive Research (Car), told delegates that although the clock is ticking, tariff alarm should not inform the way the industry continues to trade.

With regard to parts and vehicles in North America, there is a lot of movement across borders to the north and south. More than $111 billion was invested by OEMs throughout North America from 2009 to 2016, with roughly 72% allocated in the US.

Approximately 52% of vehicle production in the US is sold there. Of the remaining 48% that are imported, more than half were assembled in either Canada or Mexico but with significant US content, including engines and transmissions along with other automotive parts. More than 70% of US auto parts exports were to Canada and Mexico in 2017. In the same year more than half of the vehicles imported to the US from Canada and Mexico were made by FCA, Ford, and GM.

“Nafta is baked into the entire automotive industry. The US can’t self-supply, it needs imported vehicles to satisfy our market,” said Swiecki.

That also goes for imports from further afield. Last year the US imported the highest dollar value worth of cars from around the world at $191.7 billion, according to figures from the US Department of Commerce. Of that figure $1.45 billion worth of vehicles were imported from China.

At the same time international firms continue to invest in facilities in the US, with a quarter of the entire market made up foreign carmakers wanting to sell locally. Nearly one in four vehicles sold in the US were made at plants owned by a range of overseas carmakers, including BMW, Daimler, Honda, Hyundai-Kia, Renault‐Nissan‐Mitsubishi, Subaru, Toyota, and Volkswagen. Those carmakers import a lot of parts but so do the traditional US firms, including FCA, Ford and GM, including from China, meaning that despite having local manufacture they would not benefit from an escalation in tariff charges or quota protection. Added to that, Swiecki said that a substantial share of US-produced car parts and components are exported for assembly in vehicles built in other countries.

This makes the escalation of the trade war between the US and China so detrimental.

“China had a 25% tariff on imported vehicles from the US, but after trading jabs, it was lowered to 15% in July,” explained Swiecki. “The US kept pushing through more Chinese trade restrictions and the tariff is now at 40%, it’s a real ‘nuclear-arms-race’ escalation.”

Last week the US said it would be adding tariffs on a further $200 billion worth of Chinese goods, including a long list of automotive components.

Swiecki estimated that automotive demand would fall by between 493,600 and 2m vehicles as a result of the implementation of tariffs or quotas because of the escalation in vehicle pricing. Car estimates that consumers will see the average price of a new vehicle rise by $455 to $6,875 depending on the level of tariff or quota, where the vehicle was assembled, and whether the policy provides exemptions for automotive trade with Canada and Mexico.

Swiecki said that used vehicle prices would also rise because of heightened demand and constricted supply, and higher automotive parts prices would drive up the price of vehicle maintenance and repair, so even holding on to an existing vehicle could become more expensive.

All this could have an impact on employment in the US. Declining demand is associated with employment losses ranging from over 82,000 to nearly 715,000 jobs and a $6.4 billion to $62.2 billion hit to US GDP.