Carmakers continue with investment plans for US plants 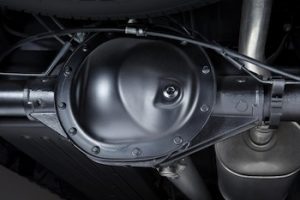 GM and Hyundai have both announced substantial investments in the US this week – but despite incoming US president Donald Trump using Twitter to shower himself with praise for these investments, their plans have been in place for some time, according to the OEMs themselves.

Following Trump's criticism of GM’s production of the Chevrolet Cruze in Mexico, this week the carmaker announced it would invest an additional $1 billion in US manufacturing operations, including moving the production of pickup truck axles from Mexico to Michigan.

“As the US manufacturing base increases its competitiveness, we are able to further increase our investment, resulting in more jobs for America and better results for our owners,” said GM chairman and CEO, Mary Barra. “The US is our home market and we are committed to growth that is good for our employees, dealers and suppliers and supports our continued effort to drive shareholder value.”

GM has been on a drive to localise more vehicle content in North America for some years already, moving parts production closer to its plants in an effort to reduce overall supply chain and logistics costs. It has already launched a logistics sourcing tool that combines route engineering and transport costs on a single platform and is introducing a system this year for sourcing and managing international inbound freight, as well as an inbound visibility system for North American domestic flows.

Edgard Pezzo, GM’s head of global logistics, was already fleshing out the carmaker’s plans to move suppliers closer to its manufacturing plants as long ago as 2014.

Meanwhile, Hyundai announced this week that it would increase its investment in the US by 50% over the next five years to more than $3 billion. The investment will be directed at retooling existing plants in the country.

“This will bring significant upgrades to our current manufacturing facilities in Alabama and Georgia and will allow for increased spending on research and development, specifically the development of environmentally friendly vehicles and autonomous technologies,” confirmed a spokesperson for the carmaker in the US.

The Korean carmaker denied the investment was in response to Trump’s Twitter campaign about carmakers investing in Mexico rather than the US.

Chung Jin-haeng, president of the Hyundai group, told reporters in Seoul this week that the US was a strategically important market to which the carmaker was committed. According to news source Reuters, Hyundai has also hinted that it could build a new plant in the US to make a US-specific SUV as well as a Genesis premium vehicle.

These latest moves follow an earlier announcement this month from Fiat Chrysler Automobiles (FCA) that it would be investing $1 billion to modernise two of its plants in Michigan and Ohio.

As with GM, the latest move by FCA has precedent. The investment to extend Jeep production at these plants is the second phase of an industrialisation plan announced in January last year. The plan called for the realignment of the FCA’s manufacturing operations to exploit available capacity and respond to a shift in market demand for trucks and SUVs.

Ford has also committed to invest $700m in the US to expand its Flat Rock assembly plant and cancel plans for its $1.6 billion plant in Mexico.