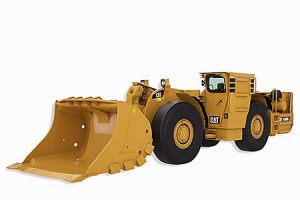 Supply chain expenses, materials prices and tariffs all conspired to raise costs for US heavy equipment manufacturer Caterpillar in the second quarter of this year, the company has reported.

Despite revealing that net profits more than doubled in the period to $1.71 billion from $802m a year ago while turnover rose 23.9% to $14.0 billion, the company said its manufacturing expenses had increased by $80m, compared with Q2 2017.

According to interim chief finance officer, Joseph Creed, the increase stemmed mainly from higher freight rates as a consequence of the capacity squeeze in the haulage sector, as well as less efficient freight loads and expedited freight expenses, as the company ramped up production to meet increased demand.

Materials costs rose by about 1% over the period, too, driven largely by rises in the price of steel as a result of the 25% duties President Donald Trump progressively put on imports of the metal from March.

“Recently imposed tariffs had minimal impact in the quarter, but are expected to impact our second-half material costs by approximately $100m to $200m,” Creed said in a recent conference call with analysts.

In the conference call, Creed said freight rates were expected to remain elevated as Caterpillar continued to ramp up production to meet higher demand. Price increases and use of the company’s operating and execution (O&E) model – which is intended to drive operational excellence and provide structural cost discipline – should offset some of the higher costs, however, he suggested.

Creed said input costs were just “one of many factors” that went into Caterpillar’s pricing decisions and that the company had “a lot of levers” – such as staying disciplined on cost control and operational excellence – to offset higher manufacturing expenses.

Director of investor relations, Amy Campbell, pointed out that there would be a time lag before the benefits of a mid-year price increase showed up in the financial results, given the current order backlog.

The company also used the opportunity to call for greater clarity in terms of international trade. “On the issue of trade, we urge government leaders to take actions to remove uncertainty,” said CEO, James Umpleby. “As a global manufacturer, Caterpillar has long advocated free trade because it enhances global competitiveness and helps US manufacturers grow US jobs and exports.”

Umpleby added that when higher input costs were driven by more expensive commodity prices, it was generally “a good thing, not a bad thing” for Caterpillar.

Overall, Caterpillar was bullish about its prospects, said Umpleby.

“We feel good about the state of our business. Most of our markets continued to improve in the second quarter. Our order rates in the backlog remain strong. For certain applications, particularly in oil and gas and mining, we are taking orders for delivery well into 2019,” he said.