Changing trade agreements in the spotlight after US election 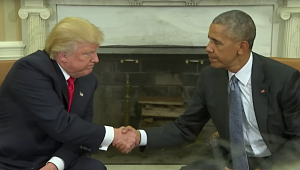 A week after Donald Trump’s surprise victory in the US presidential election, automotive manufacturers and experts are still piecing together what his new administration could mean for vehicle production, trade and investment across North America and beyond.

Global trade deals with the US seem likely to fall back in priority or unravel, while uncertainty remains over the extent to which the new administration will change or roll back on the North American Free Trade Agreement (Nafta), with potentially huge consequences for current supply chains and for manufacturing in Mexico and Canada.

However, some investors and observers are hopeful that the pro-growth policies and increases in infrastructure investment promised by the Trump camp during the election campaign could give a boost to transport and logistics in the US.

Asian and European FTAs putter outAs expected, the first casualty of Trump and the Republican Party’s election victory, even ahead of his inauguration on January 20th, appears to have been the Trans Pacific Partnership (TPP) trade agreement involving the United States and eleven Pacific Rim countries.

Democratic senator, Charles Schumer, is said to have conveyed the news at an executive council meeting of the labour union federation AFL-CIO, saying that Republican congressional leaders informed him they would not be considering it for a vote.

Lower trade barriers were a key item of the deal in relation to the automotive industry, not least between the US and Japan. The deal would have lowered US tariffs on light vehicles and changed rules-of-origin requirements for parts in automotive production in both Nafta and other regions, while also opening up Japan’s market to more vehicle imports.

During his presidential campaign, Trump frequently criticised the country’s trade agreements including TPP, describing it as “disaster” and a “rape of our country”.

This week, president Barack Obama addressed the issue in a press conference where he said that, while Americans had accepted that the world “had shrunk” and careers would be more “dynamic”, there were still concerns about whether trade with other countries was fair.

“I made an argument, thus far unsuccessfully, that the trade deal we had organised – TPP – strengthened workers’ rights and environmental rights, levelled the playing field and, as a consequence, would be good for American workers and American businesses. But that’s a complex argument to make when people remember plants closing and jobs being offshored,” said Obama.

According to the Japan Times, prime minister Shinzo Abe has already said roadblocks to implementation of the TPP could shift attention to a regional free trade pact in Asia that includes China but excludes the US.

“There’s no doubt that there would be a pivot to the Regional Comprehensive Economic Partnership (RCEP) if the TPP doesn’t go forward,” Abe told an Upper House committee deliberating on the ratification of the TPP, according to the newspaper.

"I made an argument, thus far unsuccessfully, that the trade deal we had organised – TPP – strengthened workers’ rights and environmental rights, levelled the playing field and, as a consequence, would be good for American workers and American businesses. But that’s a complex argument to make when people remember plants closing and jobs being offshored" - Barack Obama, US president

Mexico’s economy minister, Ildefonso Guajardo, has meanwhile suggested the TPP’s other signatories, which include Mexico, should consider trying to implement the rest of the agreement without the US.

Guajardo was closely involved in TPP negotiations, including in agreeing rules-of-origin requirements for automotive manufacturing, and has championed free trade as a key factor in the success of the Mexican automotive industry.

The TPP news also does also not bode well for the Transatlantic Trade and Investment Partnership (TTIP), a complex trade deal currently in the negotiation phase between the US and Europe, but which had already faced many stumbling blocks on both sides of the Atlantic.

German automotive association the VDA said this week that it hoped the policies Trump highlighted during his campaign would take a “more moderate course” once he took on the presidency, including free trade.

“More protectionism or additional trade barriers would be harmful to the United States just as much as to its trading partners. So TTIP is of special importance. And we hope that the TTIP negotiations will be boosted under Donald Trump.” said Matthias Wissmann, the VDA’s president.

“The automotive industry stands for free world trade. Access to the international markets and the removal of trade barriers are key requirements for safeguarding our competitiveness and therefore for growth and employment,” he added.

“If it becomes more difficult to conclude bilateral agreements in the future, the efforts of the World Trade Organization should be stepped up and new strategies developed for multilateral free trade agreements.”

Not much on Nafta yetNafta, the 22 year-old agreement between the US, Canada and Mexico, has been another oft-cited Trump target. However, Nafta has not gathered too much attention since the president-elect’s surprise victory last week.

The election result is obviously of particular concern for carmakers and component suppliers that are heavily invested in Mexico, given Trump’s campaign threat to build a wall across the US border with its neighbour and to slap punitive tariffs on Mexican imports to the US.

None of the carmakers approached for reaction to Trump’s win by Automotive Logistics addressed Nafta specifically, despite many coming under heavy fire from Trump during the campaign for their plans to build or expand factories in Mexico. Most, such as Ford, only highlighted their willingness to work with the new president. However, some OEMs did highlight the topic of free trade.

"As always, Mazda supports policies that allow free and fair trade and a strong, vibrant economy,” said a spokesman for the Japanese carmaker, which opened its Salamanca plant in Mexico two years ago, significantly boosting the OEM’s shipping capacities to the US market.

Meanwhile, Harald Krüger, BMW’s chairman, said in an interview with the Süddeutsche Zeitung: “We need to wait and see what the economic and foreign policies will really be. The automotive industry needs free trade if it’s to be successful.

“Spartanburg, in South Carolina, is the biggest BMW Group production facility in the world and directly or indirectly, around 70,000 in the USA work for the BMW Group. We are the biggest exporter of vehicles from the USA [by value] and it helps us that in the US, we are perceived as also being a US company,” he added.

In June, the carmaker held a ground-breaking ceremony to mark the start of construction on its $1 billion plant in San Luis Potosi, Mexico, with plans to start production of the 3 Series there in 2019. Most production is expected to be exported to the US.

According to the Centre for Automotive Research (CAR), based in Ann Arbor, Michigan, carmakers including BMW, Fiat Chrysler, Ford, General Motors, Honda, Hyundai, Mazda, Nissan and Volkswagen have announced more than $24 billion in Mexican investments since 2010. In 2014, Mexico exported $87.1 billion worth of motor vehicles, vehicle bodies and trailers and vehicle parts to the United States, a number that has only risen as more carmakers and suppliers open more factories there.

Dr Jay Baron, president and chief executive of CAR, told Automotive Logistics that given the large investments in Mexico, there were unlikely to be any “quick moves” in respect of supply chains in the region.

“I think there is a little bit of a wait-and-see and there may be some influence that may affect a factory or something like that but I don’t see it affecting the global industry in a great way,” he confirmed.

“Companies are pretty well entrenched and have evolved; a lot of them are rooted down there [in Mexico] now. So it could slow expansion but I don’t see it affecting what is already there,” added Baron.

Baron also highlighted the trend of the light vehicle production base, especially for smaller vehicles, moving to Mexico. “Many of the auto companies at best break even with a lot of these cars and so they are very sensitive to low labour costs.” 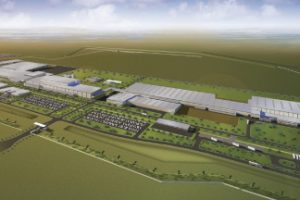 Mazda is one of many OEMs to have invested heavily in Mexico. Its Salamanca plant began operations there two years ago

He said SUV and pickup truck production, on the other hand, continued to be a large profit source for carmakers and had mostly remained in the US.

“I think with Trump, you could say trucks may be a little bit better off now. I am not sure they were likely to go [from the US to Mexico] anyway, though that was a concern or issue that was on the table, but it would be less likely to think that they were going now,” said Baron.

Canada has meanwhile already suggested it is willing to negotiate over the terms of Nafta. The country’s ambassador to the US, David MacNaughton, told the press on a conference call: ““I think any agreement can be improved on. If they [the US] want to have a discussion about improving Nafta, we’re ready to come to the table to try and put before the new administration anything that will benefit both Canada and the United States and obviously Mexico, also.”

General Motors, Ford and FCA all have significant production bases in Ontario, Canada, as do Japan’s Toyota and Honda. Recently, Ford, FCA and General Motors have negotiated new agreements with the Canadian automotive workers union, Unifor, which included new investment in assembly and powertrain plants.

The Canadian automotive supply chain is largely an extension of the US and Midwest production base, benefiting from tariff-free access to the US market.

Big infrastructure spendA potential boost for carmakers and suppliers is Trump’s plans to invest over half a trillion dollars on transport and infrastructure during his tenure, as well as making economic growth and lower corporate taxes a priority.

“Americans deserve a reliable and efficient transportation network and the Trump Administration seeks to invest $550 billion to ensure we can export our goods and move our people faster and safer,” states the Trump campaign’s official website.

His rival, Hillary Clinton, had called for spending $275 billion over five years.

Critics have questioned whether the plan is feasible in terms of funding, given the tax cuts proposed during Trump’s campaign. Overall, his plan calls for $1 trillion of spending over 10 years and suggests funding largely by private sources.

The US Auto Alliance Group, which represents 12 carmakers in the US, welcomed Trump’s pledge to focus on economic growth and called for a revision of the automotive rules put in place by the Obama administration, including cutting vehicle emissions through 2025.

"We look forward to engaging in a productive discussion with president-elect Trump’s administration and the Congress on pro-growth policies, including regulatory and fuel economy issues,” it said.

The implications of Trump’s presidency and changes to Nafta will be discussed in more depth at the 2017 Automotive Logistics Mexico conference taking place from January 31st to February 2nd in Mexico City.