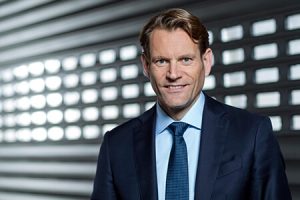 Continental plans to drive forward what is already a strong network of outlets and expand the existing product portfolio, said Ferdinand Hoyos, head of Continental’s passenger and light truck tyre business for Asia-Pacific.

Continental says it will complement that activity with services for retail customers and fleet operators in Australia.

“This acquisition is part of our Vision 2025, which targets the systematic expansion of our tyre division’s worldwide presence,” said executive board member responsible for the tyre division, Nikolai Setzer (pictured), describing Australia as a highly promising sales market for the group.

With four tyre production plants in the Asia-Pacific region, Continental has been represented in Australia to date through its Best Drive and own-branded retail network.

The sale remains subject to approval by Australia’s anti-trust commission and the Foreign Investment Review Board, but completion is expected by the end of September, according to Wesfarmers.

Wesfarmers MD Rob Scott said the disposal would allow shareholders to benefit from KTAS’ business turnaround, since it was acquired in 2007, while Continental’s automotive industry expertise would further strengthen the customer offering.