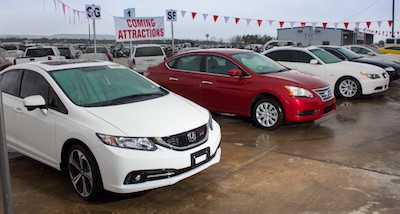 US online vehicle auction company, Copart, has extended its business in Germany with the opening of a second location near Leipzig, which the company said would serve both Germany and countries in eastern Europe. The latest facility can store up to 4,500 vehicles and hosts bi-weekly auctions on Thursdays.

"We are proud to open our second location in Germany," said Alain Van Munster, managing director, Copart Germany. "With our proximity to Leipzig, we are able to more efficiently serve a substantial portion of the German market. Our location is also closer to our members in Poland and Eastern Europe, who represent an important buyer base for our vehicles."

[mpu_ad]Copart’s CEO, Nigel Paget, added that the company planned to open further locations in Germany. It opened its first German location near Hannover in 2016.

The company has a strong presence in the UK with 16 locations around the country and also has a site in Madrid, Spain.

The company’s online auction platform links sellers to more than 750,000 members in over 170 countries around the world. Copart also offers services to process and sell salvage and clean title vehicles to dealers, dismantlers, rebuilders, exporters and, in some cases, to end users.