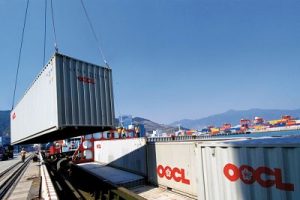 The controlling shareholders with 68.7% of OOIL have irrevocably undertaken to accept the offer, which Cosco has made with Shanghai International Port Company. Once the takeover goes through, Cosco will end up with 90.1% of OOCL while Shanghai Port will hold the remaining 9.9% stake.

Post-closing, the combined Cosco Shipping Lines and OOIL will become one of the world's leading container shipping companies, with more than 400 vessels and a capacity of over 2.9m TEUs, including ships already on order.

The deal is just the latest in a series of announcements reflecting continuing consolidation in the shipping industry, which is suffering from record low rates and overcapacity.