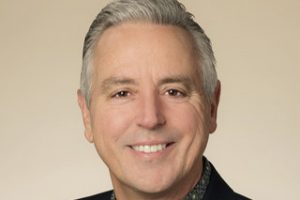 Matthew Cox (pictured) has taken over as chairman of US carrier Matson, which provides container and ro-ro services between the West Coast, Hawaii and Guam. He replaces Walter Dods, who is retiring from the board of directors.

Cox will retain his role as CEO of Matson but his responsibilities as president have now been passed to Ronald Forest, formerly senior vice-president of operations. He will continue to look after all of the company's operations, including vessels, terminals, equipment, labour relations, purchasing and engineering, as well as overseeing Matson's investment in SSAT, a West Coast stevedoring joint venture with SSA Marine.

Cox joined Matson in June 2001 as senior vice-president and chief financial officer. He was named executive vice-president and chief operating officer in 2005 and president in 2008. He became CEO in June 2012 and has been responsible for overseeing the entire Matson organisation, which includes Matson Navigation Company (ocean transport), Matson Logistics, and Matson Terminals, which handles terminal operations in Hawaii.

"I am honoured by this appointment and will devote myself to fulfilling the board's vision for Matson as a leading carrier of the Pacific," Cox said. "Walt has set us on a strong course and positioned the board well to guide Matson's continued growth and development for years to come."

Dods added: "In nearly 30 years associated with Matson, I've never felt stronger about its leadership and long-term prospects. Matt, this company and its board of directors are firmly focused on consistently generating income to support Matson's continued investment in strategic growth and delivering strong shareholder value over time."

Last month, Matson Navigation Company announced it would use its joint venture partner SSA Terminals for stevedoring and terminal services at the US port of Tacoma when its existing agreement with APM Terminals (APMT) expired at the end of this year.

“APMT has served us well,” said Forest. “It just makes more sense to work with our strategic partner at Tacoma as we do at all of our other terminals on the West Coast. We expect a seamless transition and no change in our Tacoma operations from a customer standpoint.”