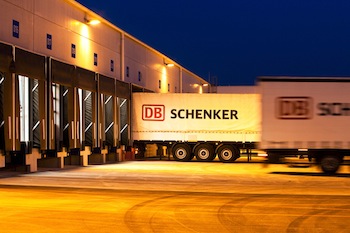 Deutsche Bahn (DB) is considering selling off a stake in Schenker, its logistics division, in 2018, alongside the part privatisation of Arriva, the UK public transport provider, which DB took over in 2010.

A spokesperson for DB Schenker would only confirm that the company’s executive board was in “close and constructive talks” with the Federal government and supervisory board. He added that the issue would be on the agenda at the forthcoming meeting of the DB supervisory board, which is expected to take place within the next two months.

The German state-owned rail giant is certainly looking to cut debt, which a partial privatisation of the Schenker unit would help with. In its most recent results, published this month, the company posted a net loss for 2015 of €1.3 billion ($1.4 billion). Despite its revenues topping €40 billion for the first time in its history, net financial debt rose by 7.9% year-on-year, to €17.5 billion.

"We are launching the largest investment campaign in the history of Deutsche Bahn AG, and the rise in our net financial debt is a product of that," said DB’s CFO Dr Richard Lutz. "We remain a reliable, stable and sound partner on the capital markets."

Any partial sale of the Schenker unit would be lucrative. DB Schenker reported gains across all of its business units, other than ocean freight, which saw volumes drop 2.1%. The number of European land transport consignments was 2.9%, and airfreight volumes were up 1.4%. Contract logistics again saw a strong increase in revenues of some 17%, according to the company. The unit is estimated to be worth around €5 billion.

Prize assetHowever, that is one reason for hanging on to the business, given Deutsche Bahn’s long term goal of profitability. The Schenker division is expected to continue on a strong growth trend, expanding revenue by 19% to around €20 billion by 2020, according to industry analyst, Frost and Sullivan.

It is why Deutsche Bahn did not privatise the division when it was suggested in July last year, as part of a wide-ranging restructuring the company announced.

As a state-owned enterprise, the government was loath to dispense with one of its biggest assets given the amount of freight rail that either enters or leaves Germany to and from neighbouring countries, or passes through it.

The country is way out in front in terms of the freight traffic movements and volumes it supports. Figures for 2013 from industry analyst Frost and Sullivan show that Germany handled more than 350 billion tons of freight. Its nearest contender was France with around 160 billion tons.

Those movements mean good margins for DB given the profitability related to rail movements of goods, including those from the automotive industry.

“That is one of the main reasons they do not want to sell it off,” said Shyman Raman, senior research analyst and team leader, automotive & transportation, Frost & Sullivan. “Yes, you might have a bad year, or two bad years, but on the whole it is one of those assets that forms the backbone of any profitable and stable economy.”

Trials and targetsDB has had its trials over the last year or two. Repeated strike action by the GDL union took its toll on services last year and cost it €252m.

Services were also hit by some severe winter weather. Both threatened the security of long-term contracts, which are good to maintain in the face of spot pricing and one-off charters. Raman pointed out that customers still need commodities moving, and if DB is perceived unable to do that, they are likely to look for long term contracts elsewhere.

DB is also losing a competitive edge across modes as diesel prices have dropped significantly, while its network is largely run on electricity, the price of which has not dropped.

That is why it is looking to make what CEO Dr Rüdiger Grube termed this week, “far-reaching improvements”.

“[It] is why we launched a group restructuring process and our 'Zukunft Bahn' (future of rail operations in Germany) programme last year to raise quality in a noticeable way for our customers and thus return to a path of economic success," Grube said.

There are two other things the rail provider is likely to do in its attempts to cut debt, at least in the short term, according to Raman. One is the time-honoured technique of cutting staff. The other is to cut the number of mini-hubs or terminals it operates.

“Trucks can go anywhere and to compete with that you need mini-hubs and terminals…[.] However, they are probably going to shutdown some of these modal terminals, concentrate on heavy volume activity and not get into the intermodal business as much,” said Raman. “That is where the most growth is of course but for the short term they might think about closing down some of the hubs and at the same time focus on long-term contracts and profitability.”

Those long-term goals are DB’s priority, and the company is eager to address its debt problems now. It is the first time the company has made such a loss in 15-20 years and it is considering all options, including privatisation, as a means to cut debt quickly.

“The company is now saying that if it sells off [Schenker and Arriva] or part privatises Schenker, it will make €5bn and could reduce the loss more quickly,” said Raman. “But what you are doing there is giving away the things that give you the most money. That is the concern here.”