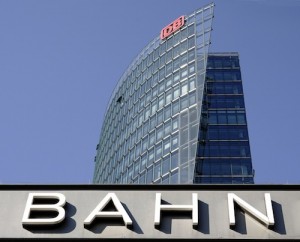 German rail giant Deutsche Bahn is overhauling its organisation with a six-point programme being brought in from the beginning of next month. The action is in part being taken to redress losses in the wake of continued strike action that has cost it €252m ($278m). As reported, the company’s services were hit by a high number of strikes between 2014 and 2015.

The plans also include the part privatisation of DB Schenker Logistics in a move the company said would boost strategic development and finance growth.

The restructuring will also mean a number of executive changes at the company, including the appointment of Jochen Thewes as chief executive officer of Schenker AG and head of the DB Schenker Logistics business unit from September 1st this year. Thewes is replacing Dr Thomas Lieb, who resigned from the company in March.

Dr Alexander Hedderich, currently CEO of DB Schenker Rail, will resign at the end of August and leave the DB Group. As part of the reorganisation, which will see the rail division aligned with DB Long Distance, Bertold Huber, will be taking over Dr Hedderich’s responsibilities.

“Leaner management and structures, and more focus on customers, will enable us to successfully tackle the rapidly changing challenges in the world of mobility and logistics,” said Deutsche Bahn CEO, Dr Rüdiger Grube, who announced the changes this week at the company’s 2015 interim results press conference.

"The transformation will start on August 1st," said Dr Grube. "Deutsche Bahn is modernising its structures; ‘DB2020’ will remain our compass."

According to the company, the measures it is now undertaking will bring savings worth a total of over €700m at the corporate level by 2020, with further savings planned as action is taken in each of the business units.

Those measures include “streamlined decision-making bodies and reporting processes”, and a review of the group’s real estate.

Asked about the likely implications for services to the automotive sector of the raft of changes, a spokesperson for the company said it was just at the beginning of the transformation process and that DB would be reviewing business models between now and the end of the year.

Six-point plan
DB’s first move as part of the reorganisation is to reduce the number of board members from eight to six and secondly to merge the DB Mobility Logistics unit, which provides passenger transport (predominantly rail), with the group holding company Deutsche Bahn AG. The company said this would reduce duplicate structures and simplify processes, adding that the DB Mobility Logistics unit had been created around a decade ago “in anticipation of a potential IPO [initial public offering]”.

“Passenger transport and DB Schenker Rail will both be assigned to a new division, Traffic and Transport,” a spokesperson for DB Schenker told Automotive Logistics. “This will allow the transport operators to be connected and managed by a single person: Berthold Huber, currently the head of Long Distance.

Among other changes, the option remains available for DB Schenker Logistics to be partially privatised to boost strategic development and finance further growth. DB Arriva, the regional passenger unit, is also open for partial privatisation.

Logistics: a bright spot
Speaking at the press conference this week, Dr Grube said that the multiple strikes taken by the German train drivers union had “a very negative impact” on the company’s earnings for the first half of 2015.

"The strikes demanded enormous patience from our customers, cost our employees a great deal of time and energy, and lost our company key revenues," said Dr. Grube. "We saw a negative impact on our earnings of some €500m 2014 and 2015."

"Had it not been for the strikes, which cost us €252m, our EBIT would also have been slightly above that of the previous year; but that cannot hide the fact that we are also facing structural challenges, which we are determined to tackle with the transformation we have set in motion," said Dr. Grube.

Losses from the strikes were compounded by adverse weather conditions that also hit performance, not least in the rail freight business, which saw a 6% drop in metric tonnes of freight per/km from 52 billion to 49 billion in the first half of this year.

However, there was some positive news from the logistics business, notably from the Contract Logistics division, which saw a rise in consignments of 16.6% year-on-year. Land Transport was also up by almost 4% year-on-year.