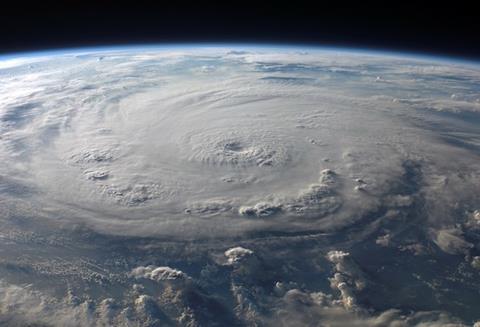 As global hurricane and typhoon seasons kick in, DHL has updated its weather tracking service to notify users of where storms are occurring and how they could impact supply chains. At the same time, the logistics giant has published a report on the potential of these storms in 2019. Called Stormy Weather Ahead: A Global Outlook on the 2019 Season, the report examines the 2018 storm seasons and provides an outlook on the 2019 season.

Both initiatives have been introduced through DHL’s cloud-based risk management provider, Resilience360, which was set up in 2014.

According to DHL the algorithm behind the updated weather tracking service analyses the projected path of a hurricane or cyclone and notifies users of possible impacts on their specific supply chains. The company said the upgrade to the technology means that customers will be able to get better analytics on affected locations and assess how the storms could affect deliveries to customers.

“A minor hurricane that affects only a small region can nonetheless prove disastrous if it affects a crucial logistics hub or a critical supplier,” explained Tobias Larsson, CEO Resilience360. “Preparedness is key to avoiding costly interruptions. Despite the increasing complexity of supply chains, advanced technologies allow us to map out multi-tiered supply chains, including interdependencies up and down stream. This makes it possible to understand how changes at one node – such as cargo ships stranded at a port – could impact the entire supply chain.”

For its outlook report on 2019, DHL’s risk experts have gathered meteorological forecasts to predict the tropical storms likely to occur in the Americas, the North Indian Ocean and East Asia. It said that aerospace, automotive, petrochemical and pharmaceutical tended to lie in risk-prone areas in Florida and along the Gulf and East Coast as well as in Puerto Rico.

Meanwhile, manufacturing hubs in China and Japan, including automotive clusters, were at risk during the typhoon season in East Asia. For the north Indian Ocean, more than 80% percent of cyclones affect the eastern coast of India, said DHL, affecting the petrochemical, pharmaceutical, automotive and other heavy industries.

There were plenty of examples of how that weather pattern affected the automotive industry last year. While carmakers and suppliers in Japan escaped the main brunt of Typhoon Jebi in September last year, there was still an impact on the manufacturing base and supply chain, complicated by the earthquake in Hokkaido that followed just days later.

In the same month, Hurricane Florence hit the east coast of the US bringing destruction to large areas of North and South Carolina and disrupting automotive manufacturing and supply. That hurricane followed the devastating impact of Hurricane Harvey in the previous year.

According to the DHL report, which can be downloaded here, scientists at the Colorado State University expect a lower-than-average five hurricanes in the Americas this year, slightly below-average for the season because of cooler ocean temperatures. However, other forecasters expect a total of seven hurricanes. The season in this region spans from June through November with a peak in mid-September. In East Asia, the typhoon season began in May and will continue until October.

DHL’s Resilience360 said that companies could prepare for similar impacts, in the short-term, by creating continuity plans, stocking up on essential materials, and ensuring methods of communication were available in the case of power outages.

“In the longer term, visibility tools, diversifying the company’s network, and establishing long-term partnerships with logistics suppliers can strongly influence how seriously a supply chain is affected by a hurricane,” said the company in a statement.