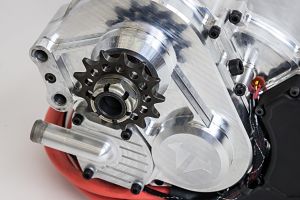 “To be a leading provider of electrified power systems just as we are with diesel and natural gas driven powertrains, we must own key elements and subsystems of the electrification network,” said Tom Linebarger, chairman and CEO of Cummins.

In August, Cummins unveiled a concept fully electric class 7 truck as part of an event at its technical centre in Columbus, Indiana.

Operations from this acquisition will report under Cummins’ recently formed electrification business led by Julie Furber, executive director of electrification, and will continue to be based in Talent, Oregon.

Brammo, which started in 2002 as a producer of high-performance cars, began researching electric drivetrains over a decade ago, leading to it becoming an electric motorcycle producer.

In 2015, it sold the electric motorcycle division to Polaris Industries, retaining an exclusive agreement to supply its electric powertrains to Polaris for inclusion in motorcycles and other on- and off-road vehicles.

“Brammo’s expertise across a broad range of applications uniquely positions us to enhance Cummins’ efforts to be a leader in the electrified power space,” said Craig Bramscher, chairman and CEO of Brammo.

Cummins is expected to complete the acquisition by the end of this year.