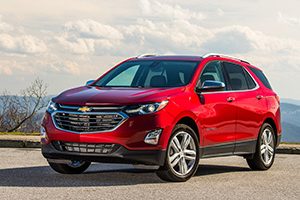 Production of the Chevrolet Equinox at GM Canada’s CAMI site in Ingersoll recommenced late on Monday October 16th after a new labour agreement was reached with union Unifor, bringing a month-long strike by its members to an end.

The strike, which began on September 17th, was called after the previous agreement between the union and the carmaker expired, and centred around concerns that GM was planning to move Equinox production wholly to Mexico.

The new four-year agreement, which was ratified by Unifor members in a vote on October 16th, covers various changes to terms and conditions for staff at the CAMI site but does not guarantee that production of the Equinox will remain there over that period or in the longer term.

Announcing the agreement, GM Canada president and managing director, Steve Carlisle, said it was “welcome news for our company, employees and the community” adding: “With the recent C$800m investment at the CAMI plant and this agreement, it is up to each of us to demonstrate the unparalleled value we deliver as leaders within Canada’s auto sector. The employees at CAMI have created a culture of team involvement and continuous improvement resulting in numerous industry awards for vehicle quality and productivity. I am confident that by working as one team, that will continue for years to come.”

Recommending the agreement to union members, Unifor national president Jerry Dias said GM had “steadfastly refused to accept our member’s reasonable demand to designate the CAMI plant as General Motors’ lead producer for the Chevy Equinox”, adding that the dispute had “brought clear focus on the issue of unfair trade”.

President of Unifor Local 88, Dan Borthwick, told Automotive Logistics that although no product commitment had been obtained, the union had succeeded in raising the costs GM would incur for any restructuring job losses or closure at the site to C$290m ($231m) from C$190m.

He added that Unifor would continue to be concerned about any possible production moves to other locations.

GM has not yet responded to requests to confirm its long-term intentions for production of the Equinox.