The European Court of Auditors has called for an end to future EU transport subsidies that would be similar in design to the European Commission’s ‘Marco Polo’ programmes, which are set to expire this year. But there is still appetite for multimodal funding, albeit in a different form to Marco Polo. 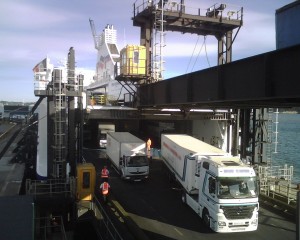 A European Court of Auditors (ECA) study has found that the Marco Polo programmes, which have helped fund the shift of freight off of trucks and onto multimodal transport in the EU, have been “ineffective” and failed to meet their intended objectives.

The ECA, which publishes reports on EU-specific EU budgetary areas, carried out an audit on 16 beneficiaries of Marco Polo and ultimately found that the programme’s results did not have meaningful environmental or economic benefits.

“To put it simply, the programmes were ineffective as they did not meet the targets, little impact was achieved in shifting freight off the roads and there was no data to assess the achievement of the policy objectives,” said Ville Itälä, the ECA member responsible for the report.

EU policymakers have agreed that the modal-shift programmes did not meet all of their targets and expectations, and have confirmed that the current programme will end in its current form. Industry players, including finished vehicle logistics operators, have also said that bureaucracy and poor resources limited the programme, but still expressed an appetite for further multimodal transport funding, albeit on different terms to Marco Polo.

Since 2003, the Marco Polo I and II programmes offered money to shift freight transport to rail, inland waterways and short-sea shipping. According to an EC report published in May, between 2003 and 2012 there had been 172 grants awarded to more than 650 companies in the programme. The original purpose was to reduce congestion, increase road safety, and provide an environmentally friendly substitute for international road freight traffic.

Automotive logistics providers have been among the recipients of Marco Polo funding for rail or shipping services, according to Tom Antonissen, EU affairs manager at the Association of European Vehicle Logistics (ECG).

The ECA has found that there were not enough relevant project proposals put forward, largely because the nature of the programme’s rules discouraged operators from taking advantage of the scheme. There were also indications that 13 of the 16 beneficiaries audited confirmed that they would have run the transport service even without a subsidy. Similarly, it is reported that half of the audited projects were of limited sustainability. Furthermore, the audit described a lack of reliable data to assess the benefits on the environmental impact of freight transport.

The ECA concluded that the EU should discontinue any kind of similar programme with a “top-down supply-push” approach. It called for any future modal-shift funding to be conditional upon impact assessments of the “EU added value” of each proposed transport project.

The report in some ways confirmed the findings of the EC’s own report in May, which also found that the programme’s target had not been met. That report also found that the uptake on the programme had been poor. Of the €102m ($135m) that had been allocated for Marco Polo I, for example, only €73.8m had been committed, since there were a limited number of proposals that met the criteria. Of that amount, only €41.8m was actually paid out to industry, since funds were conditional upon the results of each proposal’s modal shift. While this approach protected the allocation of public funds, it arguably limited the programme’s effectiveness. The EC report noted a similar pay-out trend for Marco Polo II.

Costantino Baldissara, logistics and commercial director for the ro-ro shipping line Grimaldi, as well as president of the ECG, pointed to Marco Polo’s limited resources, cumbersome application process and tendency to distort the market among the reasons for its ultimate ineffectiveness.

“New ideas have diminished, and the risk has been to foster new projects in competition with already existing ones. Also, a remarkable bureaucracy and too many firm rules have discouraged candidates to apply for Marco Polo funding,” Baldissara told Automotive Logistics. “Marco Polo funds cannot be really considered as an incentive to start a new investment. They are more likely to be considered as a small contribution to new investment costs.”

However, policymakers have defended the achievements of Marco Polo. Päivi Roybin, a representative for the EU Trade Policy, said: “Although the programme did not deliver as planned, it did deliver very largely for what money was spent on – impressive modal shift figures and public funds only paid upon ‘delivery’ of modal shift.”

Despite Marco Polo’s limitations, Baldissara confirmed that the ECG and its members welcomed endeavours to provide environmentally friendly alternatives to road-only transport. Antonissen added that ECG members welcomed the financial support, particularly given the poor economy, whether it came from the EU or national governments.

The EC has already confirmed that there will not be a ‘Marco Polo III’. However, future funding will still be available in the 2014-2020 EU budget as Marco Polo’s resources are integrated in the Connecting Europe Facility (CEF), the financial arm used for the development of the Trans-European Transport Network (TEN-T).

While there will be funding available, the shape of the programme is as yet unclear. Roybin cited the political need for support of innovative freight transport solutions, however he acknowledged that the Commission would consider the ECA's findings. “The Court's warnings…will be fully taken into account,” Roybin said.

ECG’s Antonissen expressed hope that any new funds would not be prejudiced in favour of rail transport. “It is the general tendency of the EC’s TEN-T policy to favour rail for public investment above all other modes of transport,” he said. “As a multimodal organisation, ECG certainly favours co-modality – meaning allowing each mode to develop according to its strengths, plus fostering links where possible with the other modes – over forced modal shift.”

Baldissara also pointed to different funding models that a European-level programme might take, including an Italian scheme that pays freight owners directly rather than to transport providers.

“We highlighted the value of incentive schemes like the Italian Ecobonus and Ferrobonus, which differ from the Marco Polo and gives an incentive directly to the shippers, avoiding any market distortion,” he said. “Indeed, according to the Italian scheme, the incentive goes directly to the freight owner who is free to decide whether to shift his cargo to sea/rail/inland waterway, without any preventive prejudice to any transport modality.”