FCA invests in US Jeep output; warns over withdrawal from Mexico 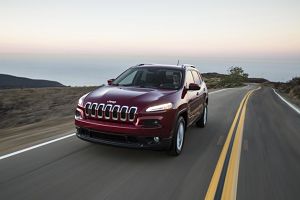 Fiat Chrysler Automobiles (FCA) has revealed plans to invest $1 billion in its Michigan and Ohio plants, generating 2,000 jobs in the US.

The move will create the capacity to extend its Jeep product line-up in response to a continued shift by consumers to SUVs and pickup trucks, and will also add some flexibility to production – including the ability to produce a vehicle in the US that is currently only built in Mexico.

The latest investment is part of a larger spending round announced over the past year that will reshape further aspects of the carmaker’s production and supply chain footprint in North America. The plans come at a time of uncertainty in the automotive supply chain ahead of the inauguration of US president-elect Donald Trump, who has regularly criticised carmakers for plans to export vehicles to the US from Mexico.

FCA, which has also started building a compact Jeep model in Mexico, could have to adjust its production and sourcing dramatically in the region if Trump were to follow through on threats to impose steep tariffs, according to FCA chief executive, Sergio Marchionne.

The company described the latest investment plan, unveiled at this year’s North American International Auto Show in Detroit, as the second phase of the industrialisation plan first announced a year ago.

The plan initially revealed that FCA would tilt its North American production base even more towards Jeep SUVs and Ram trucks to take advantage of the consumer shift in North America to buying larger (and higher profit) vehicles – a consequence of the drop in oil prices. As part of this strategy, FCA is set to end production of sedans and smaller vehicles entirely in North America, with plans to eventually outsource production of such vehicles to a third party.

A spokesperson for FCA said this latest investment phase would complete the plan laid out last year, but that it was too early for the company to comment on what impact these moves would have on the overall supply chain.

However, the investment in new production, tooling and expanded locations will have a significant impact on supply and logistics volumes to and from the plants. Shipments of finished vehicles globally are also expected to increase following the upgrades.

The $1 billion will go towards retooling and modernising the Warren Truck Assembly Plant in Michigan to produce the all-new Jeep Wagoneer and Grand Wagoneer, and to the south plant of the Toledo Assembly Complex in Ohio which will build a new Jeep pickup truck.

According to FCA, the investment in Warren will also enable the plant to produce the Ram heavy-duty pickup truck if required, which is currently produced in Saltillo, Mexico.

FCA stressed, however, that this did not necessarily mean that heavy-duty Ram production would be moving to the US and that there were no immediate plans to do so.

The latest increase in US production capacity will also allow for further exports of Jeep cars to international markets, according to the company.

“Our commitment to internationalise the Jeep brand is unwavering and with these last moves, we will finally have the capacity to successfully penetrate markets other than the US, which have historically been denied product due to capacity constraints,” said Marchionne.

Following the move of Cherokee to Belvidere, Illinois, the company will invest $700m in the Toledo Assembly Complex in Ohio, including retooling the North plant to produce the next generation Jeep Wrangler. Approximately 700 new jobs will be added.

FCA US also said that it would invest nearly $1.5 billion in its Sterling Heights Assembly Plant (Michigan) to retool it to build the next generation Ram 1500.

In total, FCA says it has committed investments of more than $9.6 billion in its US manufacturing facilities and created 25,000 new jobs to date since 2009.

The changes announced last year also included the shifting of some Jeep Compass production from the US to Mexico. The 2017 Jeep Compass will be manufactured in Brazil, China, Mexico and India, for export to more than 100 countries around the world. It sold less in the US than other models in the Jeep range last year at 94,061 units, although this represented a 32% rise.

FCA will respond to Trump’s changesIn a press briefing following the US investment news, Marchionne responded to recent calls from Donald Trump for companies to shift production to the US from Mexico or face exorbitant tariffs.

“I think we will adjust whenever the rules get changed, if they get changed,” said Marchionne.

Trump has previously threatened to impose steep import tariffs on Mexican exports into the US as a way to curb production moving to the neighbouring country. He has also spoken widely about renegotiating or pulling out altogether of the North American Free Trade Agreement (Nafta) between the US, Canada and Mexico.

His comments during the presidential campaign against Ford and more recently on Twitter against GM, as well as Toyota’s use of Mexico to supply the US, have shaken the automotive industry and raised the spectre of a shift in the supply chain, should trading conditions between the US and Mexico change.

Last week, Ford confirmed it was cancelling plans to build a $1.6 billion assembly plant in San Luis Potosi, in north-central Mexico, although it cited slowing demand for the smaller vehicles rather than recent criticism from Trump for the move.

Marchionne said FCA’s plans were made independently of Trump’s comments. The latest investment decision for the US plants had been “in the works for a long time”, he stressed.

“If you look at the way we have realigned our manufacturing footprint in the United States, this latest announcement is totally consistent with what was announced more than 12 months ago,” he said.

In a press briefing after the announcement that the company would adjust its production and supply chain according to any change in trade policy, however, he said: “Let’s be clear, if tomorrow morning president-elect Trump decides to impose border tariffs on anything that comes up from Mexico then we will have to adjust.

“I had no way of adjusting [production from Mexico] until I had Warren free. I can now adjust,” he added.

Potential for a pulloutMarchionne went on to warn that FCA could pull out of Mexico altogether if tariffs to the US were set too high, since most of the vehicles the company builds at its plants in Saltillo and Toluca were intended for the American market.

“It’s possible, if the economic terms imposed by the US administration on anything that comes into the United States are sufficiently large, that it would make the production of anything in Mexico uneconomical,” said Marchionne. “We would have to withdraw. It is quite possible.”

He reiterated that all manufacturers would need “clarity” on trade policy, with investment in Mexico likely to be on hold in the meantime.

Volumes would be expected to increase with the addition of Jeep output, and the phasing out of slower selling sedans from Mexico, including the Fiat 500 and Dodge Journey.

Nafta changes could hurt US suppy chainA change or end to Nafta would be likely to have wide-ranging impacts on the North American and global automotive supply chain and thus logistics networks. However, some experts suggest the result wouldn’t necessarily lead to large increases in US production.

A report on the potential consequences has just been released by the US-based Center for Automotive Research (CAR). It concludes that any move to withdraw from the agreement or otherwise restrict automotive vehicle, parts and components trade within North America would result in a less competitive US automotive and supplier industry. Production of lower margin vehicles could be moved to other low-cost countries while higher product costs would likely reduce the size of the vehicle market.

Likewise, the report highlights the integrated supply chain between the US, Canada and Mexico, pointing out that the US automotive industry imports a large quantity of parts and components from its neighbours, while exporting a high value of parts; in 2015, for example, Mexico purchased more than $20 billion worth of parts from the US. Were vehicle assembly to migrate to other countries, vehicles destined for the US would probably be built with far fewer components from the US.

Overall, CAR estimated that the US automotive industry, and especially Michigan and the Midwest, would suffer from tariffs with Mexico and Canada.

“Counter to the incoming Trump administration’s goal of creating manufacturing jobs, the withdrawal from Nafta or the implementation of punitive tariffs could result in the loss of at least 31,000 US automotive and parts jobs,” said the CAR report.

Questions around US-Mexico automotive trade, potential changes to Nafta and other issues will be discussed in depth during the forthcoming Automotive Logistics Mexico conference taking place from January 31st to February 2nd in Mexico City.