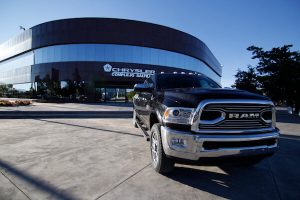 Fiat Chrysler Automobiles (FCA) is reported to be reconsidering its plans to cease Ram Heavy Duty (HD) pickup truck production at its Saltillo plant in Mexico. The company had previously announced it would phase out Ram HD production in Mexico by 2020 and move it to the Warren truck assembly plant.

However, Reuters and other news sources reported this week that the carmaker’s new CEO, Mike Manley, was looking at options to meet strong demand for the Ram truck, including continued production at Saltillo.

Asked about the change of heart, FCA would only state: “Moving the Ram HD to Warren from Mexico is our plan of record. Of course, we always assess latest market and economic conditions when making significant industrial moves.”

Like other carmakers, FCA is assessing the latest market conditions, following the new trade agreement the US has reached with its North American neighbours in the shape of the United States-Mexico-Canada Agreement (USMCA). A number of carmakers adjusted their production and export plans when Trump originally called for a renegotiation of the existing North America Free Trade Agreement (Nafta) in August 2017 and threatened carmakers with hefty import tariffs on vehicles being made in Mexico and shipped to the US.

In response to the announcement about the new trade agreement, FCA said in October that while it still needed to review the final text of the USMCA, it expected it to allow FCA’s North American production to remain competitive at home and in export markets around the world.