FCA to build new US plant and expand five others 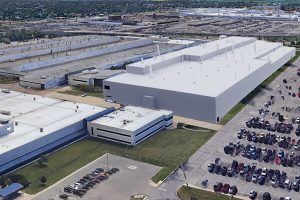 The investment will create almost 6,500 jobs, though 1,400 posts will be lost as one shift at FCA’s Illinois plant is cut.

The move stems from a strategic shift that started three years ago and was firmed up at the start of 2017, when the OEM announced plans to discontinue compact car production and retool plants in Illinois, Ohio and Michigan to expand output of the Jeep and Ram SUVs.

Sales of SUVs, crossovers and light trucks in the US continue to rise in proportion to smaller passenger sedans. Of the 17m vehicles sold in the US last year, about 70% fell into the light truck category, according to figures from industry analyst, PwC. SUVs specifically are expected to account for 50% of sales by 2020, according to separate data from LMC Automotive.

It also plans to add at least four plug-in hybrids (PHEVs) and have the flexibility to produce fully battery-electric versions.

Strings attachedHowever, there are various conditions attached to the proposed investment, which is detailed in a memorandum of understanding (MoU) signed between the company and Detroit’s city council. These include the city authority having 60 days to acquire property critical for construction of the new factory; and successful negotiation and final approval of development packages with state and local governments.

The centrepiece of FCA’s plan is a $1.6 billion investment to convert the two plants (one long idled) at the Mack Avenue Engine Complex in Detroit. The new plants will assemble the next-generation Jeep Grand Cherokee, an all-new, three-row Jeep SUV and plug-in hybrid models. An extra 3,850 new jobs will be created here.

The company intends to start construction by the end of June with the first three-row vehicles rolling off the line by the end of 2020; the Cherokee will follow in the first half of 2021.

The three-row Jeep is a new product for FCA and the company’s international markets have expressed interest in such a vehicle, The Detroit News newspaper quoted Manley as saying.

FCA pointed out that a reborn Mack facility would be the first new car assembly plant built in Detroit since Jefferson North was constructed in 1991. The city’s mayor, Mike Duggan, said: “This opportunity is unlike anything we have seen in decades.”

The Jefferson North assembly plant will receive a $900m investment to retool and modernise for production of the Dodge Durango and next-generation Jeep Grand Cherokee. The job gain there is 1,100.

Other changes arising from FCA’s plans include production of Pentastar engines moving from the Mack I building by the third quarter to the Dundee engine plant, as part of a $119m outlay.

There will be further investment at Warren Truck to retool the unit for production of the all-new Jeep Wagoneer and Grand Wagoneer, as announced in 2017, along with their electrified counterparts starting in 2021. Capital expenditure will go up to $1.5 billion from the earlier budget of $1 billion.

The plant will continue building the Ram 1500 Classic, which is being extended to meet market demand. In total, 1,400 jobs are expected to be created in Warren.

The production realignment at Warren also means FCA is ending plans to repatriate production of the Ram Heavy Duty pickup. That will continue at Saltillo, Mexico.

Supporting the planned additional production in Michigan, $245m will be invested in Warren Stamping and $160m in Sterling Stamping. An extra 80 jobs will be added at Sterling.

However, the carmaker also said it was cutting the third shift at its plant in Rockford, Illinois, where it assembles the Jeep Cherokee. FCA said it would make every effort to find work based on seniority for the 1,371 employees laid off, Reuters news agency reported.