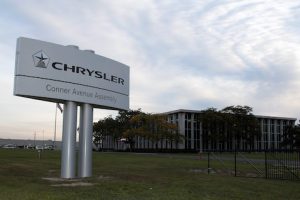 The OEM bought the plant in 1995 and has made Viper cars there ever since, except for two years from 2010 to 2012 when it idled the plant during the recession and Chrysler’s bankruptcy.

The plant was completely refurbished for production of the 2013 SRT Viper. It also made the Viper V-10 engine and, between 1997 and 2002, the Prowler.

Sales of the Viper SRT were lower than expected when it reopened and the company only achieved a third of expected sales in the first year of production. That led it to halt production for two months to bring inventory in line with demand.

Back then, the carmaker told Automotive Logistics the Viper was never intended to be a mass-production vehicle and that only around 30,000 vehicles had been produced at the plant.

According to the Automotive News Data Center, the Conner Avenue plant produced 1,101 vehicles in 2016. In the first five months of this year the plant built 337 units, compared to 476 in the same period last year.

The plant employs around 80 people but a spokesperson for the carmaker said it expected them to be employed at FCA locations.