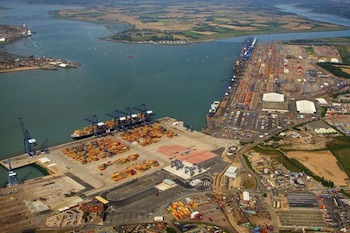 In a move that could have repercussions for the UK’s automotive suppliers, hauliers, and manufacturers, the port of Felixstowe, the UK’s biggest container port, has received consent to extend its newest container hold facility.

Berths 8 and 9 will be expanded by 190 metres to increase the port’s ability to manage larger vessels handling a range of goods, which could include automotive parts and finished vehicles.

"This scheme represents the latest in a long line of investments by HPUK at the port of Felixstowe,” said Clemence Cheng, CEO of HPUK. “We opened Berths 8 and 9 in November 2011 and this new extension will allow us to offer more berth-windows and greater flexibility to our customers. This is an important investment as it will increase our ability to berth a greater number of the very largest container vessels in the future.”

The port, which is owned and run by Hutchinson Ports UK, is already used by a number of UK-based carmakers for inbound parts handling. It is also used for the export of new and used vehicles in containers.

The port received consent from the Marine Management Organisation (MMO), and work is expected to commence on the new quay as quickly as possible.

Felixstowe is the only UK port to have handled 18,000 TEU class vessels, the biggest in service, which are used on routes from Europe to Asia.

The extension is expected to reach completion in 2015, taking the total berth length for container vessels at Felixstowe to over 3,250m.

The berth at Felixstowe is 18 metres and features cranes able to span 25 containers across a vessel.