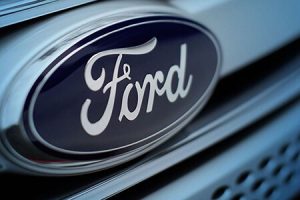 According to the company, the plant has been underutilised for a number of years, no new products are planned and volumes of the current 6F35 transmission are forecast to decline further into 2019.

This is the second time Ford has sought to divest itself of the business. In 2008, it sold FAI, which is located in Blanqefort, to a third party – only to buy it back two years later when that company collapsed.

Ford is now once again focused on securing potential new business owners for the site, however.

“It was determined the preferred option was to work to transition the FAI site to a third party that would receive incentives from Ford,” said Steven Armstrong, president, Ford of Europe, Middle East and Africa. “A key consideration in the design of this idea was the care and concern for FAI’s employees. In addition to financial compensation guarantees, the company will work to identify potential workforce transfers.”

Ford has signed a non-disclosure agreement with an unnamed third party so that more detailed discussions can take place and, according to a spokesperson for the carmaker, progress is being made in those discussions. Ford of Europe is working with property specialist Geris to solicit interest in the site and to date has been in communication with more than 80 potential clients.

“Our objective is to ensure that any potential new owner has a sustainable business plan. Any offer must be reasonable, realistic and work in the interests of Ford, the FAI employees and the purchaser,” said the spokesperson for Ford of Europe.

The carmaker is not expecting to continue sourcing transmissions or components for Ford production sites from the company that eventually buys the FAI site, suggesting that “the economics would not justify that as an option”. However, Ford’s spokesperson told Automotive Logistics that the potential buyer’s business plan “might include building certain Ford products for non-Ford parties”.

In terms of the site’s employees, FAI has compiled a social plan including redeployment and early retirement programmes, together with measures to help staff relocate with new employers, should no new owner be found and the site be closed.

The company has said it will not implement involuntary redundancies before September 2019 and that those still working at FAI at that time will see no reduction in their pay until the end of that year.

“After engaging in a process with key stakeholders to try to find long-term opportunities for the plant, the priority now for the site is for a viable third-party purchase and we are committed to doing our best to secure a positive outcome for FAI employees,” said Armstrong.