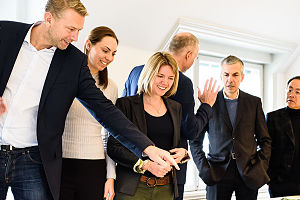 Peter Carlsson, who was chief purchasing officer (CPO) at electric carmaker Tesla until 2015, is seeking investment to build Europe's largest electric battery manufacturing plant to to serve carmakers and other industries.

While the exact location has yet to be determined, the Swedish executive has plans for a plus-32GWh production site is set to be built in the Nordic region. He is seeking to raise more than €4 billion ($4.23 billion) over six years to build the plant. Construction is targeted to begin in the second half of 2018, with first manufacturing set for 2020.

According to the company, it is only considering municipalities that can offer sites with at least 500,000-700,000sq.m ready for ground preparation with a complete industrial zoning permit in place. Power supply to the site would also require an exceptionally strong grid connection.

“Experts suggest that when the cost of lithium-ion batteries drops below US$100 per kWh, a number of user-sectors will reach an inflection point where storage technologies become competitive. This will quickly lead to a situation where global demand of battery cells is going to outpace existing and planned production capacity,” said the company in a statement.

Besides Tesla, the company's senior executives include those with previous experience in leading positions at Sony Ericsson, Panasonic, ABB and Renault-Nissan among others. “We’re now recruiting a core team of more than 30 world-class experts in Stockholm,” said the company.

The company is working with Business Sweden on the site selection process and said it hopes to decide this during the middle of this year.

In November 2016, Tesla's CEO Elon Musk announced that his company was looking for a location to build a European gigafactory

“We foresee a major deficit of lithium ion batteries within a few years, with limited current and planned capacity in place in Europe. There is a market window open. We have a solid business plan in place that enables us to produce high quality batteries at an affordable cost”, says Carlsson (pictured left).

Electric vehicle battery development has been gathering pace in Europe. Samsung SDI is building a $365m plant in Hungary with an annual capacity of 50,000 batteries for the EV market in Europe. Meanwhile, Daimler began construction of a second lithium-ion battery factory in Kamenz, south-east Germany with an investment of $544m.