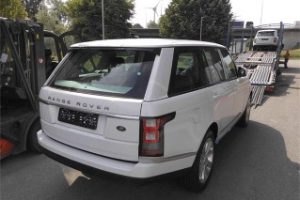 GAC China said it would be handling 3,000-4,000 cars shipped from the ports of Hamburg and Rotterdam. The vehicles involved include those from Jaguar Land Rover, Maserati and Mercedes.

A spokesperson for GAC China, whose logistics team on the project will be led by manager Tyrone Liu, said the company’s partners in Hamburg and at GAC Rotterdam would be receiving and checking vehicles from car dealers in Europe, before confirming receipt to it. GAC China will then liase with customers in China about delivery before sending shipping instructions back to its partners, who will arrange for export clearance and container booking.

Shandong Hi-Speed Qingdao West Coast Port, a division of Shangdong Hi-Speed Group, is a ‘parallel' car importer that moves vehicles outside the standard OEM distribution channels to non-affiliated dealers, importing vehicles directly from car dealers in the country of origin.

“Parallel imports offer consumers a wider selection, in terms of car models that have never been brought into the country [via the official OEM channels] before and more competitive prices for car models that are already available in the country,” commented the spokesperson.

At this year’s Automotive Logistics China conference, Hu Siyu, an independent automotive consultant, formerly of Sinotech Automobile, said the number of parallel imports to China was rising as the overall import volume of vehicles dropped and it became a more exclusively premium sector. She said parallel imports grew by double-digit figures and last year the total volume imported was 230,000.

Simon Xu, managing director of GAC China, said: “China was ranked as the world’s number one automotive market for the eighth year last year, with a double-digit total sales growth. We are also seeing a rising trend for the direct import of European cars into the country. Our partnership with Shandong High Speed marks the beginning of a new chapter for GAC China that will allow us to leapfrog into a new territory in the contract logistics market for fully assembled automobiles."