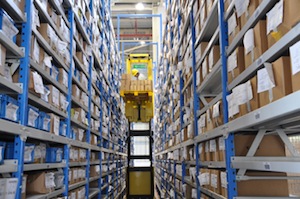 The 11,500 sq.m facility now stocks a full range of Mopar spare parts and is feeding 105 dealers in the region.

Since the facility opened Gefco reports that dealers in North China have achieved almost 98% of the on-time delivery rate and 100% inventory accuracy. The Langfang LDC complements FCA’s existing warehouse in Shanghai.

FCA said it has witnessed a more than 20% increase in annual sales of imported SUV vehicles between 2012 and 2014, with its sales in North China accounting for 60% of the total.