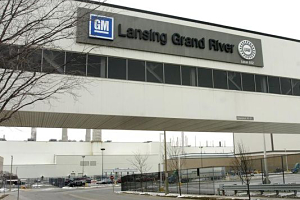 General Motors has announced the addition of 220 new jobs and the retention of 680 that were previously under threat across three of its Michigan-based facilities over the next 12 months.

The announcement was made on the same day that US president Donald Trump confirmed he would be visiting Detroit.

On Wednesday, Trump tweeted: “Will be going to Detroit, Michigan (love), today for a big meeting on bringing back car production to State & US. Already happening!”

He is expected to announce a scaling-back of the fuel efficiency rules put in place by the Obama administration.

The majority of the jobs being retained will be at Lansing Delta Township, where 500 positions will support production of the company’s new Chevrolet Traverse and Buick Enclave models from the first quarter of 2018.

Earlier this month, GM said it would have to lay off 1,100 workers at its Lansing Delta Township plant as it shifted production of the GM Acadia model to Tennessee, where 800 new jobs were created last year.

The new jobs are being created at the Romulus powertrain plant where some 220 employees will be hired to increase production of the 10-speed automatic transmission to be used in multiple GM products, including the current 2017 Chevrolet Camaro ZL1.

“The job commitments announced today demonstrate the confidence we have in our products, our people and an overall positive outlook for the auto industry and the US economy,” said GM’s chairman and CEO, Mary Barra.

GM also outlined a series of programs it is supporting to promote the overall development of skills required for future job growth in Michigan and the US.