Georgia ports aim for a million units a year 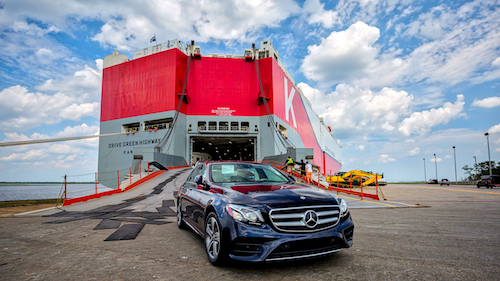 Georgia Ports Authority (GPA) has revealed strategic plans to support the handling of 1m vehicle and machinery units a year at ports in the state within the next ten years.

Ro-ro cargo has already expanded from 411,000 units per year to over 640,000 units, said the authority, the majority of it at the port of Brunswick.

Speaking at the 50th annual Georgia Foreign Trade Conference on Monday (February 5th), GPA executive director Griff Lynch signalled the move as part of the authority’s 2028 Plan, which also includes doubling container handling capacity to 10m TEUs at the Garden City Terminal in Savannah. He also revealed plans by GPA to make 1m rail lifts at the ports over the same period.

GPA said it was well on its way at the port of Brunswick to developing an annual capacity of 1.4m vehicles. In the past year, it has spent $25m to increase ro-ro capacity and it now plans to spend another $20m in the next 18 months to grow and attract additional vehicle business to Georgia.

In November last year, it reported an increase in its vehicle handling capacity at the Colonel’s Island terminal of 50% during the previous 12 months.

"Georgia is home to both the single largest container and roll-on, roll-off facilities in North America," Lynch said. "Our goal is to maximise capacity, create jobs and reduce impact on our local communities."

On the container side of the business, its 2028 Plan will require 42 ship-to-shore cranes, 200 yard cranes, new RTG (rubber tyre gantry) lanes for mobile gantry cranes, and significant intermodal expansion in Savannah. The port authority said it would soon open its second inland terminal in north-west Georgia and break ground on the Mason Mega Rail project at Garden City Terminal, which will link its two rail yards. Construction of the rail expansion will take four years.

“Combined, both intermodal projects will open new markets while significantly reducing rail crossings and road freight through Savannah, Atlanta and beyond,” said the authority in a statement.