GM dampens claims that unsold Volts are behind production stop 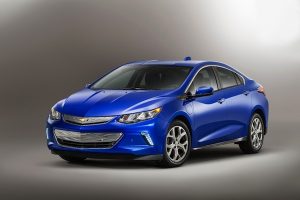 GM has made a cautious response to claims in the The Wall Street Journal (WSJ) that US production of its hybrid Volt is being suspended from next month because of inordinate inventory levels at the dealerships.

The WSJ said that GM would stop production at the Detroit-Hamtramck plant in Michigan next month “to whittle down about seven months of unsold inventory”. Quoting Autodata, the news source said the carmaker had enough Volt stocks to last 210 days against the 60-day industry average for unsold vehicles.

GM told Automotive Logistics that it did not comment on inventory levels but said that it would be preparing for 2016 model year Volt production over the next few months.

GM is going to start production on its 2016 model year Volt at the end of this summer and a spokesperson for the carmaker said that model changeover depended on a multitude of factors, including product production plans, engineering changes, construction and sales. “Model transition between models is a normal course of business,” said the spokesperson.

Production at the Hamtramck plant will continue despite the changeover on the Volt line as there are five other models produced there: Opel Ampera; Chevrolet Malibu; Chevrolet Impala; Cadillac ELR and Cadillac CT6.

In October last year GM announced it was increasing localisation of supply for the Volt in Michigan. Among the key components being sourced closer to home was the Volt’s electric drive unit, which the carmaker’s Warren Transmission Plant took over the production of from the facility in Ramos Arzipe, Mexico. Most of the Volt’s major powertrain components, including battery cells and its range-extender, are now being made in Michigan.

According to the company, GM is investing $435m in the production of three products, including the next-generation Chevrolet Volt, at the Detroit-Hamtramck plant as well as future battery technologies at the Brownstown, Battery Assembly Plant, where the Volt’s lithium-ion battery pack is produced.

The new drive unit will be made at Warren, Michigan, and the 1.5L engine will be manufactured at GM’s Toluca, Mexico engine plant for the first year of production, then shift to the Flint, Michigan engine plant.