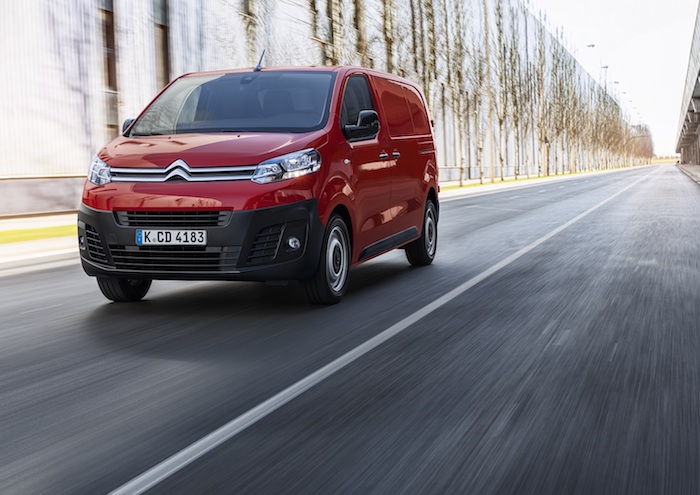 Groupe PSA has revealed it will make a new generation of vans alongside the cars currently produced at its plant in Kaluga, in the recovering Russian market, from the first quarter of next year.

In a statement PSA said it would make the Citroën Jumpy (pictured) and Peugeot Expert light commercial vehicles (LCVs) alongside the Citroën C4 and Peugeot 408 passenger cars following technological preparations to the Kaluga factory that were “practically finished”. The company also has plans to add the Citroën Space Tourer and Peugeot Traveller passenger vehicles there in coming months.

A spokesperson told Automotive Logistics that the carmaker had transformed the business model of the Kaluga plant to be profitable in the Eurasian region "in the new economic reality".

"New car sales in Russia highly decreased between 2012 and 2016 amid an economic malaise caused by the collapse in global oil prices and international sanctions," said the spokesperson.

The company said the decision was in line with its ‘Push to Pass’ strategic plan and would involve a high level of localisation for parts supply in Russia. Part of that plan involves a “product blitz” across the Peugeot, Citroën and DS brands, with the launch of a new car each year in each region and across each brand. Overall, the plan includes 26 new passenger cars and eight light commercial vehicles by 2021.

In Russia, PSA wants to hit a localisation rate of 50% for the vans, above the 35% it maintains for its passenger cars there.

This move is also part of the group’s LCV strategy to triple sales volumes outside Europe and double global profit by 2021.

"Enlargement of the range is now key for Peugeot and Citroën brands rebounding on the Russian market,” said Christophe Bergerand, executive vice-president of Groupe PSA, operational director for Russia and the Eurasia Region, and president of PCMA Rus. “Our commercial offensive also aims at meeting needs of small/intermediate enterprises emerging again in Russia, boosted by the economic recovery, with medium-sized vans and we will also begin production of Citroën SpaceTourer and Peugeot Traveller passenger vehicles in a few months.”

Recovering marketSales of passenger cars and LCVs in Russia have been through a slump but are showing signs of recovery this year. According to the Association of European Businesses (AEB), sales of new cars and LCVs in Russia will increase 10.8% this year to 1.58m units. In October they were up more than 17% compared to the same month last year, to 148,600.

For its own part, PSA reports a sales improvement in Russia in the first ten months of this year of 19.2%, compared with the same period in 2016.

“The recovery of the Russian car market continues with October sales exceeding last year’s result by a robust 17%,” confirmed Joerg Schreiber, chairman of the AEB Automobile Manufacturers Committee. “This is now the eighth consecutive month of year-on-year improvement, the longest period of uninterrupted growth the market of passenger cars and light commercial vehicles has experienced since 2012.

“Of course, the size of today’s market is still a far cry from the record sales achieved in that year. But it is encouraging to see that, at the current pace of recovery, total sales in 2017 have a good chance to restore the market to the level it had in 2015.”

The Ministry of Industry and Trade in Russia said that between January and September this year, assembly plants in Russia had increased their output by 21%, compared to the same period last year. That was in part down to rising export supplies – in the period from January to October they jumped by 52% year-to-year to 33,000 finished vehicles.