Handling failure and finding success at the port of Baltimore

How a cross-departmental quality group at the Maryland Port Authority helped the port of Baltimore go from almost losing an important customer to being the top US port for new vehicle handling.

In 1997, one of the Port of Baltimore’s largest automotive customers indicated that it was considering leaving the port because it was unhappy with the way its vehicles were being handled. With the threat of lost business a real possibility, management at the port responded by working closely with the carmaker, as well as with stakeholders from throughout the logistics chain, to identify problem areas and find a solution. The collaboration gave birth to a new Quality Cargo Handling Action Team, better known as QCHAT, which has become one of the vehicle logistics industry’s most innovative approaches to the prevention of vehicle damage at ports. 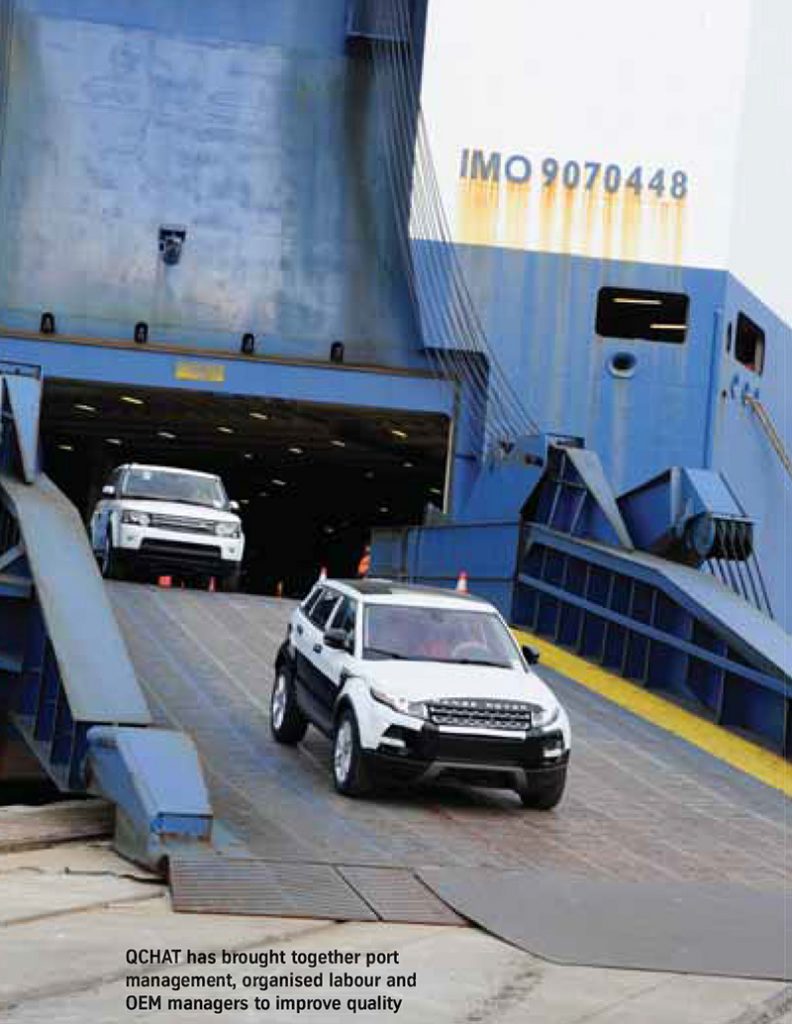 Shortly after it was founded, the membership of the quality team was expanded to include other car manufacturers, alongside representatives from Maryland Port Authority (MPA), steamship lines, manufacturers, stevedores, the International Longshoremen’s Association (ILA), processors and terminal operators.

The team is made up of branches for automobiles and ro-ro (for high-and-heavy units), and led by three co-chairs: WWL’s Captain Jon Streett, Frits deGoede of Ports America and Bill Wade of Ceres Marine Terminals. According to QCHAT’s quasi-team leader Barbara Leight, manager of the quality department at the MPA, each branch meets on a monthly basis to carry out assessments against a range of quality factors, which are audit reviews of individual vessel discharge and loading processes.

All assessments are reviewed in detail, and data from the overall quality operational factors is reviewed quarterly. Whenever corrective actions are thought necessary, breakout groups that are more related to the particular area meet separately.

The group has led specifically to more cooperation between competitors, collaboration with organised labour, and a focus on damage prevention and measuring compliance against agreed quality criteria. As a result, the port of Baltimore has achieved continuous improvement for the last ten years, and its overall quality performance is currently at 98%, with the ultimate goal being to achieve 100% compliance with the established quality factors.

Leight’s own feeling is that the quality group has been the “best kept secret in the industry”, although the group is now trying to raise awareness both for customers and as an example for other ports.

Brochures have been printed and the group is developing a website that will have a link from the MPA homepage.

“It is an exciting position to be in; creating a world-class process among the community leaders of the port will insure that we are taking care of our existing customers, but will also have new customers being drawn to the port as it sets new standards,” says Leight.

Getting every part of the chain involved

Leight points out that participants’ interaction is one of the quality group’s strengths. “We meet and get to know the members who we might only recognise from an organisational chart or phone directory. Having a true relationship with the members throughout the port has everyone very aware of the job function and responsibilities of the membership,” she says.

One of the most compelling success stories for this group was to get labour and union representatives involved. In the past, according to Leight, there were “strained relationships” between operations and labour, with neither side fully appreciating the others’ roles. This did little to foster a mutual relationship and often led to misunderstandings that had both sides pointing the finger at each other.

Having organised labour at the table has neutralised all that, Leight says. Labour is included in the ongoing conversation of how and what needs to be done to meet and exceed customers’ needs.

The unions have not only brought in executive management, but rank and file members who are often very surprised about the activities that QCHAT is involved in. This awareness is filtered back to the workers and has had a very positive effect on operations, says Leight.

Since its inception, the quality group has introduced a number of changes to improve handling operations at the port. Early on, the team was faced with the issue of meeting minimum standards. One example related to the simple use of safety vests, an important detail that Leight explains had been overlooked in daily operations. Being fully aware of requirements to have all safety systems in place and to comply with relevant regulations, the group began the process of documenting and communicating the need to have all activities at the worksite meet agreed standards.

The group has also been used to raise awareness on issues such as damage caused by putting hands on bumpers or fenders during unloading. A series of vehicles were followed through processing and workers were shown how a small scratch would be polished or refinished if necessary. For Leight, the ability to bring that level of information to labour representatives and to “have them see the consequences of actions outside of agreement” has been important.

Leight suggests that the open, transparent processes emphasised by the group are part of a wider culture of collaboration at Baltimore that has become an important aspect of the port’s competitive advantage.

Team member Rick Schubert, founder and director at All Automotive Consultants and former Mercedes-Benz USA manager, explains that prior to QCHAT, damage evaluation at the port did not have a standard process. However, as the team’s activities have become integrated into daily operations, measured analysis of quality factors has become a precursor for damage prevention. With over a decade of proprietary trend analysis data to work with, every factor of a transit and discharge can now be quantified, analysed and measured against historical data. Factors are monitored and when key action items arise from the review of the data, a response can be formulated and implemented.

“It is a moving target, things like smoking or usage of certain safety equipment have been items in the past, [whereas] today it is about a distracted driver and all the various ways that can interfere with a safe operation,” says Schubert.

From his perspective, the capacity to have a programme in place to deal with such issues establishes a common “safety ground”, a space where sensitive issues can be brought up in an honest, open and secure environment. As such, he believes that QCHAT has also become a place of partnership, where all key players operate in an area of “intense communication” surrounding issue resolution, which results in agreement and operational improvements.

In view of her experience with QCHAT, Leight is confident that other ports around the world would benefit from setting up 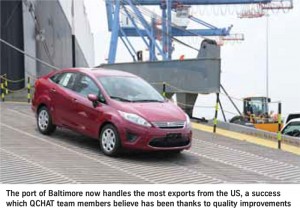 similar initiatives. Referring to the group as an “agent of change”, she believes it is no coincidence that the port of Baltimore now handles the most exports, as well as the most new vehicles overall, in the United States.

“Through the dedication and hard work of the members of QCHAT, the awareness level has increased and cooperation between competing organisations is based on a common ground and voice moving forward,” says Leight.

Schubert describes how port authorities are often inundated with data and pressed for time, but he asserts that crossdepartmental groups such as QCHAT can bridge the gaps between a port’s administration, its customers and its labour.

“I have worked at ports throughout the US where you don’t have any relationship with port administration and the only correspondence to the customer is when they are raising the rent. In that respect it certainly is possible to not interact with your customer base as a port administrator and go about your business,” he warns.

“However, this type of relationship does not foster any type of communication and limits agreement. In the absence of agreement there is no framework for future innovation or collaboration,” he adds.