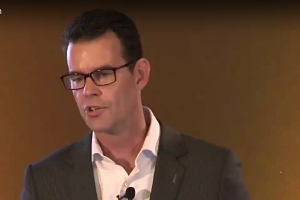 Harld Peters (pictured) has taken over as president of UPS China, succeeding Richard Loi who will be retiring after 26 years with the company.

He moves to Shanghai from Brussels, Belgium, where he was president of UPS Western Europe for just over two years.

Prior to that, he spent three years as VP of contract logistics for the Europe, Middle East and Africa region.

In China, he will be responsible for leading strategic initiatives across UPS’s package delivery and supply chain operations.

“As China continues to transform with increased cross-border commerce and with the rise of global markets, I am confident that Harld’s leadership will take UPS to the next level of growth in China.”

Earlier this year, UPS announced the addition of six stations to its Preferred Full and Less-than-Container Load multimodal rail service between Europe and China.

It also announced a joint venture with SF Holding to develop and provide international delivery services, initially from China to the US.