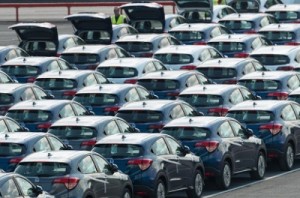 Honda has confirmed that its division in Russia – Honda Motor Russ (HMR) – will stop regular volume imports of cars to the market in the face of a dramatic drop in sales.

The move includes Honda’s luxury brand division, Acura (as well as its motorcycles and power equipment). Instead, Honda dealers in Russia will be granted an independent importer status, beginning in 2016.

According to the Association of European Businesses (AEB), which represents foreign carmakers in Russia, for January-July this year sales of Honda fell by 78% to 2,742 units. The market as a whole for the same period fell by 35.3% to 1.4m cars sales

“Honda has decided to reorganise the structure of its business in Russia in order to pursue business sustainability while keeping its brand value in this market,” a spokesperson told Automotive Logistics.

As part of that restructuring dealers will now work directly with Honda in Japan and be themselves responsible for the import of the vehicles. According to the company those dealers with receive the status of ‘Dealer with Import Function’. HMR will stay on the market to provide support to dealers and customers and the carmaker said it planned to maintain a strong sales and aftersales presence in the country. That support includes importation, customs clearance and maintenance of service centres in the aftermarket.

A spokesperson for Honda said that the new business model would come into place in January 2016.

Last month Honda’s Japanese rival Toyota announced it was pulling production of the Land Cruiser Prado SUV from the Sollers-Bussan joint venture plant in Vladivostok and would be exporting the vehicles from Japan.

However, Toyota is holding onto plans to double capacity at its St Petersburg plant to 100,000 units. Last year it sold 181,000 vehicles in the country.