How to make the most of the quiet times 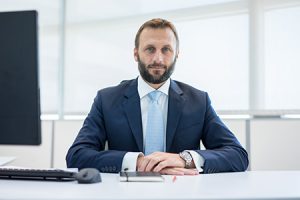 Stefano Pollotti is the managing director of Gefco Middle East

There is not much doubt that after five years of relatively solid growth in the Middle East, the automotive market has suffered over the past 18 months. This inevitably affects all aspects of the industry including traditional logistics, ultimately the key component in delivery and arguably the link which is most dependent on stability and growth.

Sadly, stability has not been on the agenda for some time. On a global level, trade preferences and projections have become a guessing game and the constant conflicts and reassurances have done little to keep the wolves from companies’ doors.

When times are tough, there is understandably a natural tendency to either hunt every lead or simply sit back, stress, and wait for the market to pick up. This, though, should be seen as a time of reflection and a natural break in which to establish new relationships in the industry, rather than chase those who are suffering equally as much. After all, how much business can you get from someone who has none to give?

Although we’d all rather have less spare time, we should use what we have to plan for the future. Gefco Group has just released its figures for 2016, which paradoxically show a 1.3% rise in turnover to €4.2 billion ($4.7 billion). As with Gefco Middle East, when the decline looked imminent, we used that opportunity to review our priorities and look at diversification and new markets.

We have revisited our strategies for when Qatar once again gets up a full head of steam, committing far more time to analysis and forging the right partnerships. In turn, this has brought a new line of thinking in the way we conduct business and has helped us to develop a far more efficient way to renew our Qatar services, which are currently valued at $21 billion.

In Saudi Arabia, we have also seen that there is more to the problem than the lack of business: there is a widespread lack of efficiency. This is an opportunity for third-party logistis firms to establish partnerships and help local players become more effective and streamlined in their operations and increase the quality of the general logistics services.

There is nothing we can do about the drop in volumes over the past twelve months, but in Dubai particularly it’s not just about looking ahead but also creating options that were previously an ‘also-ran’. For us, that is a greater emphasis on the African market and some other parts of the GCC (Gulf Cooperation Council region) which have previously been less significant.

Dubai is one of the truly pivotal global logistics hubs and it will remain that way for those companies who have the foresight to make the most of it. For us, it is the lifeblood which connects the Middle East and Africa with the rest of the world.

We have to remember though, it is not just a time to reflect on geography, but also the entire make-up of the auto logistics industry as a whole, which is changing at a furious pace.

Take Tesla, for example. The huge volume of electric vehicles entering the regional markets may be more than just disruptive, it may change the face of the industry altogether – another chance for us to use our time wisely in order to embrace that revolution with open arms and an open mind.

With the launch of VAT in the UAE on January 1st next year, we may well see a dash to beat the clock – but it’s a short gap in a small timeframe and many operators will once again have their backs to the wall.

If anyone is in a position to give the best advice in this arena, it must surely be the man responsible for the industry itself. Henry Ford once said: “Most people spend more time and energy going around problems than trying to solve them.” A sentiment he echoed some years later when he told an audience of bankers: “Don’t find a fault, find a remedy.” Wise words.