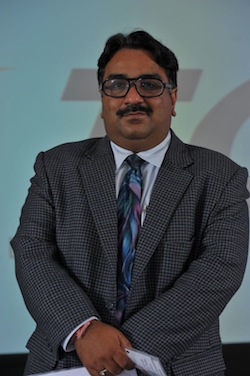 Just when you thought the question of car transporter lengths in India was sorted out, it may be time to think again.

Following its draft legislation providing for a maximum length for finished vehicle carriers of 18.75 metres earlier this year, India’s Ministry of Road Transport and Highways invited feedback from the industry ahead of its final decree, due in April 2017.

Until the many suggestions and objections flowing in have been addressed, which include recommendations from the Indian Foundation for Transport Research and Training, the final shape of that legislation remains in play.

However, in the meantime, there is conflict on India’s roads as states have already begun imposing fines for those operating trucks that exceed the official maximum length ahead of any final mandate.

That uncertainty may continue to hurt India’s car carriers. Many of them, as members of the Car Carriers Association (CCA), which represents the majority of car carriers operating in India, have worked hard to bring in the legislation so as to end the routine practice of hefty bribes or fines on members with oversized vehicles. Over 3,000 trucks have already been reduced in length in view of the looming legislation, according to the CCA.

However, the promise of the new law has instead led to an increase in the level of fines being demanded.

The situation hit a flashpoint in September in the northern state of Rajasthan, through which the north-south freight corridor between New Delhi and Chennai runs.

In August, state officials started imposing penalties of 5,000 rupees ($75) on carriers that did not conform to the incoming law. The 13,000 carriers moving through the state, with vehicles anything up to 22 metres in length, are used to paying penalties but the latest fee was deemed too heavy by the CCA, which said it was making the business unviable.

The CCA held an emergency meeting at the end of August at which it was decided unanimously to stop loading vehicles at OEM facilities from September 5th in response to the situation.

The threat to halt carrier services coincided with a peak point in the sales year in India, just ahead of the festival of Diwali, something that caused concern among the country’s carmakers.

Final nail in the coffinThe CCA also brought the situation to the attention of the Ministry of Road Transport and Highways as well as the prime minister’s office. Furthermore, CCA president Vipul Nanda wrote an open letter to carmakers, having previously negotiated successfully for a 17% increase in rates for the new, shorter vehicles that the government provisionally agreed earlier this year.

In that letter, Nanda and the CCA appealed for their guidance from what they termed a position of “deep distress and utter dismay” in the face of perceived harassment at the hands of various government agencies.

“We, as an association under your able guidance, worked relentlessly to get the CMVR [Central Motor Vehicle Regulation] amended and are successful to [the] extent of having the draft notification published in a public domain,” said the letter. “But the excesses on the road have now increased year-on-year and over and beyond control [in the] last two months after the introduction of the Motor Vehicle Amendment Act 2016. The payouts encountered across the country from police and [the] transport department, illegitimate and regular heavy challans [documents], are putting the final nail in the coffin of our trade.”

According to the CCA, the country’s vehicle hauliers were left with no option but to park up their fleets. Carmakers, however, have absolved themselves of blame in the standoff, suggesting it is between the CCA and the various state governments to resolve.

Speaking off the record, a number of OEMs said they would not intervene in state procedure but were confident the issue would get sorted out. Until then, a number of them advised their carriers to use alternative routes around Rajasthan.

That advice was poorly received, given that the main alternative route runs through the state of Uttar Pradesh, regarded as one of the most corrupt with regard to levying fees from car carriers. One truck operator described the idea as “jumping from the frying pan into the fire”.

In the meantime, the CCA has held talks with Rajasthan’s transport department in Jaipur. At a meeting with transport minister Younis Khan on September 7th, members received assurances that the high penalties being imposed would be scaled down until the official ruling was brought in next April.

“Our meeting with the minister was fruitful and we hope the issue will be resolved in a day or two,” said Nanda after the meeting. In response, the association said it would call off the suspension of services to OEMs.

While a potential crisis has been averted in Rajasthan for now, there is no guarantee that similar situations will not flare up elsewhere ahead of the official legislation next year.In the meantime, car carriers continue to live with a difficult situation on the ground while vehicle manufacturers continue to politely decline any direct involvement.